Exclusive: AUDL To Terminate Contracts With Connecticut And Rhode Island

September 11, 2012 by Charlie Eisenhood in News with 10 comments

According to letters sent late last week, the American Ultimate Disc League has informed two of its first year franchises — the Connecticut Constitution and the Rhode Island Rampage — that their contracts with the AUDL will be terminated on September 21, 2012, if they do not pay league-imposed fines by that date.

Emerson Kilgore, the owner of Rhode Island, has been fined $9,000 for arriving 45 minutes late to two games — one against Philadelphia, the other against Connecticut — and owes the league reimbursement after they paid his referees close to $1000 since he would not pay.

Bryan Ricci, the owner of Connecticut, faces $20,000 in fines for missing two games during the period in which the Constitution suspended their operations and another undisclosed sum for missing the Buffalo game after that, when the AUDL did not allow his team to rejoin the league due to nonpayment on the original fines.

All are the maximum fines allowable under the AUDL Operating Manual (see below).

Josh Moore, the President of the AUDL, speaking with Ultiworld for the first time since July, said, “The teams want these fines collected and it’s our ability to enforce them…We’re just enforcing the rules that are on the books.” All the fines are payable to the negatively affected teams, not the league.

Ricci and Kilgore contest the fines and say they will not pay them. The two owners have been in a legal battle with the league since July over contested franchises in Boston and New York, which fall within a protected 100-mile non-compete radius of the teams’ territories. They say the latest move by Moore is designed to pave the way for the new, bigger market teams to come into the league.

“The reason why [Moore is] doing this is because [AUDL Vice President of Marketing and Detroit Mechanix owner] Brent Steepe wants to get into Boston,” said Kilgore. “I am in the way of that because of what my [Territory Licensing Agreement] says – the 100 mile radius is my territory. He doesn’t want to deal with the lawsuit anymore, he just wants to get rid of us and move forward.”

Moore contests that notion, saying that while “it does open up Boston because the agreements are rescinded at that point,” the “driving reason” for the letter threatening termination is that “Rhode Island was just not running the way it needed to be…We saw nothing from them that showed they were trying to grow the sport locally.”

“Our fines are really based on teams not showing up to the games…,” added Moore. “Regardless of the legal situation, they would have to get settled one way or the other.”

When pressed about why the league was imposing fines on Rhode Island now, rather than at the time of the infractions, Moore said, “Every official needs to get paid…It’s not the timing of It, but that [Kilgore] is saying he won’t pay them.” The fines for late arrivals at games were not addressed.

While the league does have the authority to fine the teams and terminate their TLAs, effectively kicking the teams out of the AUDL, there do not appear to be major implications for the ongoing lawsuit. In the team contracts, the AUDL agreed to not establish new franchises within 100 miles of the teams’ territories for “a period of five consecutive years immediately following the termination of [the] Agreement, regardless of the cause of termination.” [emphasis added]

The teams know this. “Josh and Brent are not going to get away with this,” said Kilgore. “I’m prepared to fight until the very end. I’m basically fighting for principle…If they put a team in Boston, I have legal grounds to go after them, which I’m going to do…If I end up losing it, I can walk away feeling good that I did my best. This is all about principle right now. It has nothing to do with anything else. It’s all about principle.”

And Ricci said, “Yes we will fight in court…We have been in discussion with our attorneys in Michigan and our legal counsel in Connecticut.” 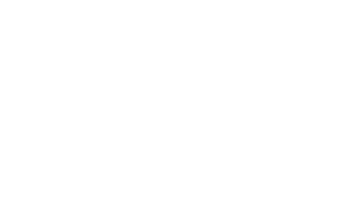 The fines themselves may be contested in court. Ricci has long disagreed with his fines, claiming that the reason he missed games was due to financial constraints caused by the league lawsuit. And Kilgore says that Ricci never requested a fine after Rhode Island arrived late to a Constitution game. Ricci told Ultiworld, “I am not seeking the fine from Rhode Island. That is a league decision.”

Thom Held, co-owner of the Indianapolis Alley Cats, said the league’s decision to threaten a termination of contracts is “just another ill thought maneuver. There are thousands of ways to rectify this to make everyone happy. They’re jeopardizing my investment and everyone else’s investment…It boggles my mind.”

How exactly did we get here? A settlement does seem preferable to both parties, which would avoid costly legal fees.

“We were kicking back and forth different settlement options,” said Moore. “Unfortunately they didn’t come to where we needed to meet in the middle…On the league side, we needed the fines to be paid. We just got to a point where it was clear we weren’t going to agree on anything.”

Barring a surprising development, this probably marks the end of the Constitution and Rampage franchises in the AUDL. But Ricci doesn’t see this as the end of his team.

“We believe that we built our own team without the help of the AUDL,” he said. “And we believe our team has value. We don’t know if there are other leagues out there, but we will continue to operate our team as if we are going to be continuing in operation in some sort of league.” The Constitution name and logo would be kept by the AUDL.

This also marks a time of change for the AUDL.”At this point, it might make more sense for both parties to part ways,” said Moore. “The teams have spent a lot of time in public badmouthing the league…But I don’t wish ill will on either of them and I appreciate their efforts in getting this thing started.”

As for the Boston and New York franchises, there is a lot of legal action still to come. The teams are digging in their heels. “We’re going to continue to fight this in court until [Moore] recognizes the error of his ways,” said Ricci.

Kilgore was even more emphatic.

Comments on "Exclusive: AUDL To Terminate Contracts With Connecticut And Rhode Island"