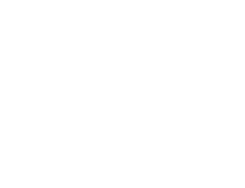 This is the third post in our series, Rethinking the Rules.

When the NBA first introduced the shot clock to basketball, the sport was having a lot of trouble attracting fans and television coverage. Games were being bogged down by teams that took an early lead and then strategically wasted as much time as possible, forcing the opposing team to either intentionally foul or simply watch them play keep-away.

In 1954, the NBA’s adoption of the 24-second shot clock immediately increased the pace of games and the fans took notice. Over the course of just a few seasons, average attendance would grow by over 40%, thanks in no small part to the added excitement that the shot clock induced.

Ultimate doesn’t have quite the same pacing issues that the NBA did in its early years but there are certainly times when games can become incredibly tedious to watch. Some high level teams would rather endlessly swing the disc than take a risky shot at the endzone, which is fine strategically but monotonous for spectators to keep up with. So, what would happen if ultimate took a page out of the NBA’s book and instituted its own version of the shot clock?

The most predictable result is that gameplay would become more consistently exciting. Establishing a maximum amount of time for any single possession would force teams to attack the endzone more aggressively. If the offense gets to the point where the shot clock has almost expired — which would result in a stoppage and turnover — it’s likely that the thrower would decide to punt the disc towards the endzone rather than just handing it over to the other team. This would mean more closely-contested battles between receivers and defenders and, potentially, quicker games with faster scoring.

Shot clocks would also increase the importance of versatile, two-way players. Offenses are currently able to take as much time as needed to meticulously work down the field, allowing for calculated passes that lead to very low turnover rates. Accordingly, primarily offensive players aren’t always expected to be strong defensively because it’s assumed they won’t have to play defense if they do their job correctly.

With the addition of shot clocks, this would almost certainly change, as the timed possessions would lead to riskier plays, increased turnover rates and more time spent in transition. Players that make huge contributions offensively but are a liability when playing defense — think Carmelo Anthony — would become less valuable to a team than well-rounded players that might be less skilled on offense but also less likely to get scored on after a turnover — like Lebron James.

How much time would be on a shot clock in ultimate? That would take some testing to figure out but the exact number probably isn’t that important. The NBA uses a 24-second clock that was fairly arbitrary upon its invention. My guess is that something closer to a minute or minute and a half would be more appropriate for ultimate but that’s just a gut estimate.

Regardless, as long as the length of time used is short enough to put meaningful pressure on offenses, strategies and players will adapt accordingly. Similar to what happened in the NBA, ultimate would likely evolve into something quite distinct from what it is today. This probably isn’t something that would find its way into USA Ultimate’s rules anytime soon, but it is not out of the question for the AUDL or other forward-looking leagues willing to change the rules for the spectators benefit.