October 1, 2012 by Charlie Eisenhood in News, Recap with 1 comments 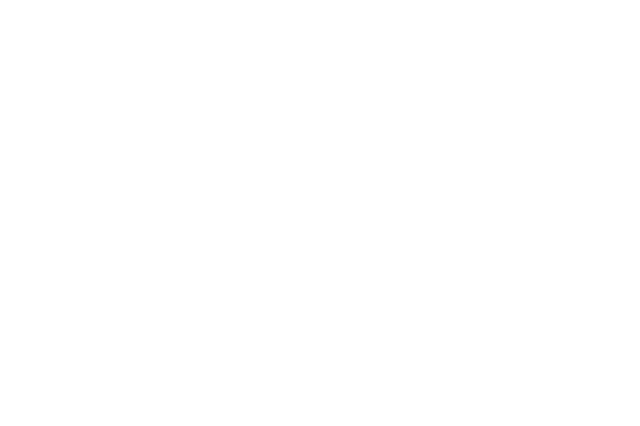 We just wrapped up one of the biggest ultimate weekends of the year. Most club teams saw their season come to an end at Regionals and played to win their 5th or 9th place bracket. But a handful of the best teams battled on Sunday afternoon for the chance to represent their region at the Club Championships later this month. (It’s already October?!)

Here’s all the action from each region.

See our write-up of the finals and our tournament recap for extensive coverage of the Open Division.

This went about as expected on Saturday, with three out of four one seeds sweeping their pool and Washington’s Death By Jubilee — the 5 seed overall — upsetting Arlington’s Ant Madness. The region’s top two teams — Washington’s Ambigously Grey and Philadelphia’s AMP — cruised into the finals to face off for the only bid to Nationals. It was their first meeting of the year.

Grey jumped out to an early lead and held it to halftime, where they lead 8-6. But all was not well in the second half. AMP rattled off six straight out of the break to build an insurmountable lead. The real killer was at 8-8, when Grey dropped the pull, giving AMP the easy conversion for their first lead.

Grey’s defensive line would work hard, getting two breaks back late, but it wouldn’t be enough as AMP legged out the 15-12 victory, punching their ticket to Nationals.

As we noted in our Women’s Regionals preview, Washington’s Scandal faced an easy path to the first of the two bids out of this region. We overheard someone getting excited for winning their over/under bet on how many points Scandal would allow on the weekend. The line was 15; he took the under. they allowed just 13 through five games.

The exciting matchup was always set to be in the backdoor game. As expected Philadelphia’s Green Means Go and Pittsburgh’s Hot Metal met there. The teams have been back and forth this season. Hot Metal beat Green in the last weekend of the regular season, but Green dominated them at Sectionals. In the Regional semifinals, Hot Metal got the 14-11 win. They met again at 2:30 on Sunday to play into Nationals.

The game stayed close through the first half, with Hot Metal holding a one point advantage. But they pulled away late with some strong defense to punch their ticket with a 15-11 victory.

The backdoor game was again the exciting one. Cash Crop upset Ring of Fire at the North Carolina Sectionals — Ring’s first loss there in over ten years. But Ring, as the top teams tend to do, rebounded when it really mattered. They dominated Cash Crop 15-8 to secure the bid to Sarasota.

The Southeast Mixed Division was one of the biggest tossups this weekend. There were at least five teams solidly in the mix to earn the region’s only bid to Nationals. But experience again won out.

Asheville’s Cahoots and Atlanta’s Bucket advanced to the finals. But Bucket made it look easy with the 15-6 victory. They never allowed a team to score in the double digits against them.

No surprises here. Raleigh’s Phoenix and Atlanta’s Ozone cruised into the finals to meet for the third time this season. Phoenix kept their win streak against Ozone alive with the 15-13 victory that was close throughout.

Ozone got the second bid over Nashville’s DeSoto with the 14-11 win.

This was a relatively predictable region. Minneapolis’ Sub Zero and Madison Club were the clear favorites to take the two bids to Nationals and they did.

Perennial favorite Chad Larson Experience (Iowa) came from the overall three seed to nab the first bid to Regionals in a 15-12 victory over #1 ranked team Drag’N Thrust (Minneapolis). Drag’N Thrust earned a bid in the backdoor game, though, with a 15-11 win against Iowa City’s PanIC.

Madison’s Heist — the #4 ranked team in the country — cruised to the region’s only bid with their only close game coming in the finals against Minneapolis’ Pop. They won 15-11.

No surprise here: Austin’s Doublewide and Denver’s Johnny Bravo walked into the finals to face off in a rematch of their excellent game at the Labor Day Championships.

Doublewide jumped out to an early 3-0 lead with a tough zone defense in a very windy game. Bravo would break back twice to tie it at 5-5 before Doublewide went on a run to take half 8-5. Bravo would fight back again in the second half to knot the game at 10s, but Doublewide — in the cap — got another break to win 12-10 in an important game for seeding at Nationals.

This was a very competitive tournament — perhaps as much of a tossup as the Southeast’s Mixed division. Both one seeds — Austin’s Cosa Nostra and Boulder’s Love Tractor — won all their games on Saturday.

But Sunday was a different story. Love Tractor fell in semi-finals to crosstown rival Mesteno 12-7 as Cosa Nostra eked out a universe point victory over Fort Collins’ Killjoy.

Mesteno would build an early lead in the finals and hold it late up 10-7. But Cosa Nostra scored four straight as the game was capped at 12 before Mesteno stopped the bleeding to make it 11-11 and taking it to double game point. Cosa Nostra would score on offense to seal the victory and grab the bid to the Club Championships.

Denver’s Molly Brown and Austin’s Showdown had two close games — one in pool play and one in finals. Molly Brown came out on top in both, taking the first bid to Nationals with a 14-11 win in the first place game.

Chicago’s Machine had no trouble en route to earning the region’s only bid. Columbus’ Madcow — long a good team but a step behind Machine — managed to score in the double digits in the finals but still lost 15-11.

Ann Arbor’s Overhaul crushed all their competition — including a 15-3 victory in finals over Indianapolis’ Interrobang! — to easily secure a spot in Sarasota.

Chicago’s Nemesis, as expected, cruised through their region to take the bid. They allowed double digits just once, in the finals, but got the win 15-10 over Chicago’s Dish.

Although this region didn’t provide the kind of drama it did last year thanks to a much more fair bid allocation (they earned three), there were still some fireworks (check out game photos from Ultiphotos). Overall one seed Seattle Sockeye cruised through Saturday including a 17-8 victory over Vancouver rival Furious George who knocked them out of Regionals last year, denying them a bid to Nationals. Even before the Sunday action, they had secured a bid to Nationals thanks to a strange seven team format that had no backdoor game.

But the two seed Portland Rhino trailed at halftime to Seattle’s second team Voodoo in pool play. However, they came out strong in the second half to take the 13-10 victory. Rhino then got past Furious George in the semifinals to clinch a bid as well.

Sockeye would take the region’s top seed at Sarasota with the universe point victory over Rhino after a BJ Sefton layout block (he’s been a highlight machine).

Furious George locked up a bid after beating Voodoo 13-7 to get into the 2/3 game, where they got revenge on Rhino with the universe point 12-11 win.

Another very competitive mixed division. Two of the one seeds lost in pool play, mixing up the championship bracket on Sunday. Salt Lake City’s Golden Spike snuck past overall one seed Engine 45 (Portland) 12-11 in quarterfinals as Seattle’s Great Northern Ultimate continued to get upsets all the way to the finals.

Missoula’s Mental Toss Flycoons crushed Golden Spike in the semifinals 15-4 to set up a match against GNU. The well-practiced Flycoons cruised to a 13-5 victory.

Seattle’s Riot stepped up when it counted after losing at Sectionals to lock up the probable two seed at the Club Championships. They beat Vancouver’s Traffic twice after going back and forth with them all season. Their finals victory against them came on universe point.

Traffic easily secured the second bid with a 15-4 win against Schwa, who took the third bid.

In the backdoor game, Seattle’s second team Underground got the 13-8 win over Vancouver’s Zephyr.

Cover photo is courtesy of Jeff Bell of Ultiphotos. See more pictures from the Northwest Regionals.