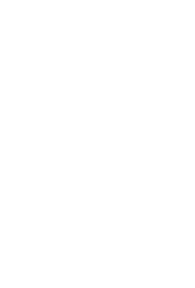 When evaluating the long-term prospects of professional Ultimate, it’s useful to consider analogs in the current sports environment. The immediately obvious comparison is to Major League Lacrosse, a young league trying to sell a niche participant-focused sport to a wider audience.

The MLL held its inaugural season in 2001 after being founded in 1998. The league started with six teams, then expanding to ten in 2006. But that proved too aggressive and four teams folded due to financial problems in 2008, both as a result of internal struggles and because of the recession.

“It’s difficult for any niche sport to break through,” MLL Commissioner David Gross told Ultiworld. “The first thing you’ve got to do is get people to know what your sport is…And then educating people to know why it’s enjoyable to go to a game and watch.”

To that end, the MLL has aggressively pursued major television coverage since their first season. In the first two years, Fox Sports Net broadcast a number of their games. Then, in 2003, the league landed a deal with ESPN2 to show some of their games. In 2007, they agreed to a ten year contract which includes full coverage on ESPN3 along with select games on ESPN. Other games are shown on CBS Sports Network. Those not shown nationally are all televised on local channels.

“We broadcast every single game on TV,” said Gross. “We believe that broadcasting is the biggest way to grow the sport. You have to be able to see it to know it.”

Despite big television contracts, which they don’t pay for (nor do they receive money from the networks), they haven’t exploded onto the national scene. Losing four teams just a few years ago was difficult for the league. “Any young league goes through their ups and downs…,” explained Gross. “Getting mass media to cover you is hard to do. Everything is more difficult than you imagine…You just have to stay focused.”

He also said something that sounds very familiar: “In general the viewpoint from the league from day one has been: if any sport has the chance of breaking through the clutter, it’s lacrosse. Because the participation in the sport has been exploding…But we are taking almost a 30 year view.”

Yesterday, Major League Ultimate’s Nic Darling had similar comments about Ultimate, citing the explosive growth of the sport. But they also face a challenge — their start-up budget of $1.25 million pales in comparison to the MLLs first-year budget of just under $4 million. And, considering the difficulties the MLL has faced, any chance of Ultimate being the “next big sport” in the US will take a while.

Gross, who didn’t know about the pro ultimate leagues, did have some thoughts. “It’s sad to hear that one team already broke away,” he said, referring to the Philadelphia Spinners’ defection from the AUDL to start Major League Ultimate. “For niche sports to have two rival leagues makes very little sense.”

He added later, “You know what hurts Ultimate? What ultimately helped football was college football. You know what helped basketball? College basketball. College lacrosse helps us, although we wish it was bigger. You don’t have Ultimate as an NCAA sport with a National Championship and all of the other advantages.”

He explained that what makes big professional sports leagues popular are their stars. And, if you look at the NFL, he argued, you’ve got Cam Newton and RG3, huge college stars that have a well-known story before they ever reach the pros. “All these players — there’s so much talk about them before they ever join the league,” he said. “Without that, you have to build stars from scratch.”

In his experience, he says, that’s very difficult. And he thinks it will make building a successful professional Ultimate league very challenging.