Don’t Speak Too Soon: The Unexpected Consequences Of Rules Changes

February 26, 2013 by Alexander Palmer in Opinion with 5 comments 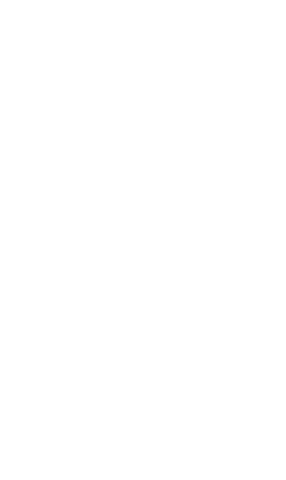 In an intriguing Skyd Magazine article, Jeremy Ziskind argues that the AUDL and MLU’s rules changes could alienate fans, robbing pro Ultimate of its core audience. Though he’s right to a certain extent, I think the risk is less than he seems to think it is. While people often have strong philosophical problems with a rules change, these amendments often have positive effects on how the game looks to a viewer and how it feels to a player. These changes and their consequences are going to be extremely important going forward, as leagues compete for an audience and the time of the top tier of male (for now) Ultimate players.

Much of the discussion of the pro league’s rule sets have revolved around intellectual reactions. The debate has largely hinged on the pro league’s use of referees. What these responses have in common is that they are totally abstracted from any experience. For the most part, the Ultimate community hasn’t responded as spectators or players, but as armchair philosophers. While there is certainly value in these discussions, people’s intellectual responses to rules changes seem to be less important than one might initially think.

Though some believe that the pro leagues’ use of referees could alienate long-time fans of Ultimate, I doubt there are that many people who will refuse to watch exciting, high-level Ultimate just because they have a philosophical issue with the use of officials. And even while some elite players might not want to be a part of a league without self-officiation, Ben Wiggins — who wrote the above article arguing that the pro leagues should use observers — was able to overcome his opposition to referees and sign as head coach of Seattle’s MLU team. Though people have strong, intellectual responses to rules changes, these are the least important consequences of rules changes.

The primary goal of most rules changes for the professional leagues is to alter the game for spectators. The most recent  MLU rules update explained that the purpose of the tipping rule is to “give players a chance to make a high-risk/high-reward decision that has the potential to be very exciting for spectators.”

In addition, both pro leagues have widened the playing field. Though it isn’t immediately obvious, this is a spectator-centric change. Using football-field dimensions allows viewers to watch the game on a clearly lined, uncluttered field. Using the standard 40 yards wide would force the leagues to draw new lines, cluttering the field and making the experience less enjoyable for viewers. Even the move to referees is aimed at changing the spectator experience. They allow the game to flow, eliminating the lengthy discussions and instant-reenactments that plague USAU’s version of the sport.

The leagues are right to focus on improving the game for spectators. The three leagues — AUDL, MLU, and Triple Crown Tour — are looking to grow their audiences dramatically in the next few years. This is more important for the pro leagues than USAU because viewers are their primary source of revenue. However, USAU has declared that its primary goal for the next five years is to increase viewership of Ultimate.

Many of the rules changes of all three organizations have been aimed at creating a product better suited to video streaming and inclusion in mainstream sports media. (MLU’s tipping rule seems aimed directly at creating SportsCenter Top 10 plays.) However, this is not the only consequence of rules changes that should concern the governing bodies of Ultimate.

A rule change often alters the way it feels to play Ultimate. For example, the wider field is liberating for an offensive cutter, but might be frustrating for his defender. This is often highly subjective (another defender might relish the challenge that comes from a wider field) but it’s something that the leagues need to think about before enacting rules changes.

In addition to competing for viewers, the leagues are fighting to sign elite Club players or, in the case of USAU, to keep them playing. This means that leagues have to create an environment that is welcoming to players. Any rules changes are going to have to be small. The less familiar a new rule is, the more likely that players will stick with what they know, leaving the league without top tier talent. However, some amendments to the rules could improve the playing experience.

There are rules changes that could make the game more enjoyable to some players. Some of these changes are small. For example, the wording of the 11th Edition Rules’ Principle of Verticality is slightly different from a similar rule in the MLU rules, with the latter permitting slightly more physical play in the air (though we’ll see how the rule is actually interpreted and enforced). Other changes have greater effects on how the game is played. The greater field width lessened the effect of traditional zone defenses and the use of referees changed the pace of the game and the way players interact.

Removal of self-officiation dramatically changes the way it feels to be on the field. Not only is the pace different, it is possible to be frustrated by the inability to call fouls as a player. Connecticut Constitution player Izzy Bryant told Ultiworld that the refereed game had none of the downsides he had anticipated. Obviously, there’s a selection bias in any positive reports coming out of the AUDL: players who know they won’t like refs aren’t likely to play in the pro Ultimate.

Even so, I think that the positive change in the playing experience outweighs some of the mistrust many Ultimate players have of referees. Though I haven’t played at an AUDL or MLU event, my experiences at experimental UOA events have been amazing. In particular, not having to count stalls is incredibly liberating. When I could communicate with the downfield instead of counting to ten, I felt more plugged in to the game and immediately noticed a difference in my play and that of my teammates. Though players’ reactions to a rule change are sometimes hard to gauge before they are enacted, the three leagues should try to anticipate how these new rules will alter how it feels to play Ultimate.

If a rules change makes it more enjoyable to be a player, the top talent may begin to gravitate towards the league that made the change. If the same change also makes it more fun to watch, then it is likely that the audience for that league will grow. Even those who once opposed such a change might come to appreciate it for the consequences it had for the sport. Though it is always going to be a risk to tinker with the rules, it’s still possible to change the game for the better.

Comments on "Don’t Speak Too Soon: The Unexpected Consequences Of Rules Changes"