The Quiet Case For Lien Hoffmann For Callahan

May 21, 2013 by Katie Raynolds and Carol Li in Opinion with 7 comments 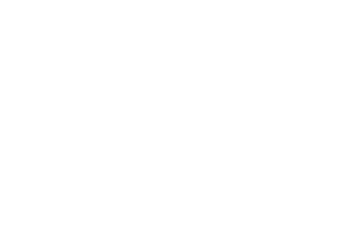 Lien Hoffmann doesn’t have a highlight video. She hasn’t been interviewed, and she doesn’t have the buzz that other Callahan candidates have gathered.

“I can tell that she encompasses all that Ultimate entails through her passion for the sport and her spirited play towards every opponent,” said Jackie Lai, a senior at Purdue. Jody Kissane, a University of Illinois alum, said, “Anyone who has played with or against her could write pages about how amazing she is at Ultimate, but the real wonder about Lien is more than that. She has the skills and raw athleticism that girls work for their whole lives, with the heart and character only described in books.”

Lien Hoffmann doesn’t have a flashy video or a Callahan campaign because she asked us not to make one: she doesn’t need, or want, the national recognition that accompanies the nominated players who gather hype and Youtube views, and thus her name won’t be familiar to many readers. But her refusal to promote herself has prompted some of her teammates, opponents, and admirers to step up. That’s because Lien embodies the Callahan Award in everything she does. It’s bcause Lien is more than just a baller ultimate player, frustrating to play against and a savior to play with. She’s got a heart that’s bigger than any Ultimate player out there. And we think that everyone ought to know.

Hailing from Colorado, she is a Mechanical Engineering Master’s student who has played for Lakewood High School, Northwestern’s Gungho, and Chicago’s Nemesis. Like many of the sport’s top athletes, she ably alternates between handling and cutting, although she is undoubtedly most dangerous in the deep space. Last year she tore her ACL, but in spite of this setback, she has nevertheless been an unstoppable force in her final year.

Michelle Ng remembers her first memory of Lien at 2010 Club Nationals, when “Lien almost single-handedly beat my team in pre-quarters, matching up and neutralizing a former Callahan Award winner and two-time member of Team USA.” As the tournament director of Without Limits, Ng has seen GungHo and hundreds of other college players play at many of her tournaments, year after year:

[quote]But what is different about Lien is her relentless positivity and her humility. Liên, at her worst, is the kind of person I strive to be– she models all of the leadership traits I aspire to have as well as instill in the college players I work with. While she may be one of the most soft-spoken leaders in college women’s ultimate, the way she carries herself on and off the field, and in all of her interactions with her teammates and opponents, says all that needs to be said about her.[/quote]

GungHo Coach and Nemesis teammate Laura Moore calls Lien “one of the most gifted natural athletes” that “would make her a force to be reckoned with even if she didn’t have any frisbee specific skills.” She continued:

[quote]However, what really sets Lien apart from other frisbee players is her ability to exert her will on a game. Even when a team adjusts to double or triple team her in the deep space, she still manages to come down with the disc. Somehow she manages to do all this while being completely unassuming. She is never cocky or conceited, only quietly confident while she sneaks up on you to steal the disc.[/quote]

This article shouldn’t be seen as our cop-out campaign for Lien. She doesn’t care about the fame and glory that comes with the Callahan Award. It can instead be read as a love letter from her team, a tribute from her region, and a reminder that magnificent talent can thrive alongside spirited play. Whenever she plays, Lien herself is a reminder to her teammates and her opponents of what truly great Ultimate looks like.

Comments on "The Quiet Case For Lien Hoffmann For Callahan"