September 30, 2013 by Charlie Eisenhood in News with 7 comments

DEVENS — New York PoNY survived a major scare at Northeast Regionals after nearly falling to Boston Garuda, the tournament’s #5 seed, in the 3rd place game that decided which team earned the final bid to the Club Championships.

After trailing for nearly the entire game, PoNY closed down a three point Garuda lead late in the game to force a double game point. A drop in the endzone gave PoNY the opportunity to work down the field and punch in the game-winning score to Chris Mazur to take the bid and the 16-15 victory.

PoNY came into the game off of a heartbreaking loss to Boston Ironside. With the game tied 12-12, PoNY’s Markian “Muk” Kuzmowycz bladed a 40 yard huck into the hands of an Ironside defender and Boston was able to punch in the score to take the lead and hold on their next offensive point to take the second bid to Nationals.

PoNY spent a great deal of energy trying to win the Ironside game and had to play again minutes later against a hungry Garuda team that gave them a tough game (14-12) earlier in the tournament.

They entered the game with low energy and tiring legs. Garuda took advantage from the start, jumping out to an 8-6 halftime lead with a pair of early breaks. Their offense, sharp all game, did not allow a break in the first half, as they put the disc deep again and again, punishing a PoNY defense that had more success shutting down the underneath cuts.

Ben Katz was outstanding for Garuda, pulling down some big scores towards the end of the first half as the offense looked unbeatable.

“We put a lot into the Boston game,” said Marsh. “As much as you tell yourselves that we can’t let ourselves lose energy because of that and we’ve got to focus on this game, we let it slip a little bit in the first half. A couple miscues and Garuda punished us for them.”

Garuda came out of half receiving and scored quickly to give themselves a three point lead at 9-6.

PoNY responded with a score of their own on a big, floaty huck to Kuzmowycz, who shielded the disc from the defender with his body and went up for the grab. After Garuda missed Katz deep, PoNY made it into a small run with their first break of the game to pull back within one.

At a moment that felt like it could be a turning point for PoNY, Garuda’s offense responded with a big huck to the endzone from Katz and a huge layout grab to make it 10-8.

The teams traded to 12-10, when an aggressive inside-out flick break look from Chris Mazur at the goal line didn’t connect and Garuda bombed a sixty yard huck to Max Rick in stride for the break.

After Marsh scored on offense for PoNY, Milo Snyder got a foot block five yards outside of the PoNY endzone and they easily put it in to close the gap to one at 13-12.

Garuda’s offense again refused to crumble and scored to put them on the doorstep of a victory.

PoNY scored on offense and Garuda then worked it all the way down the field when Henry Brecher attempted to put a throw to the sideline of the endzone but overshot just enough to send the disc flying out of bounds.

PoNY worked it the full seventy for the break to tie it at 14-14.

Garuda again rebounded after giving one up on offense and scored to give themselves another two chances at the win with the hard cap looming at 16.

PoNY’s offense got stifled about 15 yards outside of the endzone and Kevin Riley put up a high stall hammer to Mike Hennessy, who reeled it in between two defenders to send the game to double game point. 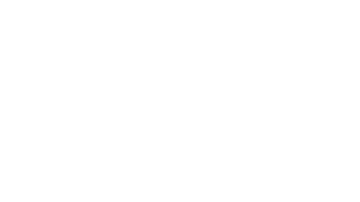 Garuda, looking tentative on the final point, worked it slowly up the field before taking a shot into the endzone to their strongest deep cutter. The disc bounced out of his hand and ended up just out of bounds, giving PoNY the disc with a chance to win. Snyder told Mazur to push the tempo and the two marshaled the offense, moving it quickly down before Luke Wolckenhauer found Mazur on the open side for the game winner.

PoNY showed great resiliency and an ability to stay positive despite things going poorly for almost the entire game. Marsh pointed to the team’s mantra as something that helped keep them in the game.

“You’re either a one or a zero,” he said. “And if you aren’t doing everything you possibly can, you’re a zero. The plan was to be 27 ones. We talked about that down the stretch, on the sideline.”

Tears of relief flowed on the PoNY sideline after the game as New York’s best season in years will continue in Frisco in three weeks.

For Garuda, the loss was a big disappointment, but they played their best game of the season on the biggest stage.

“We were very, very happy with how we played,” said coach Micah Flynn. “The outcome is disappointing, but I can’t say we’re upset or mad about it. We had specific things we wanted to do, and for the most part we were able to do them. It just didn’t end up going our way.”

Flynn said that they showed some nerves, particularly amongst the cutters, who weren’t as aggressive in their attack against PoNY in the second half.

Garuda will now be the top Select team in the Northeast, which will qualify them for the Elite-Select Challenge and more opportunities to play strong teams like PoNY during the regular season.

PoNY advances to the Club Championships where they will likely enter with a three seed in one of the pools on Thursday.

RELATED: Watch the final points of the game.