After Life-Saving CPR, Importance Of Trainers At Tournaments Magnified 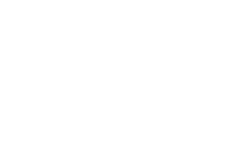 Last weekend I watched a trainer save a player’s life at a tournament. Game play stopped on three fields on the Saturday of No Wisconsequences after a player unexpectedly went into cardiac arrest. The trainer on-site had to perform CPR for eight minutes before an ambulance and the police could get there.

Everything that could have gone right, did: the player collapsed on a field close to the tournament headquarters tent, the trainer was a CPR instructor, the sheriff who arrived first luckily had a defibrillator, and the ambulances arrived shortly afterward. The player is, to my knowledge, okay. But their story is not mine to tell; instead, I want to open a discussion about the importance of trainers.

My first thought, upon hearing that they were okay, was ‘thank goodness a trainer was here.’ I stood next to my own team’s game at the Milwaukee Polo Grounds, where I’ve played tournaments that had no trainer; if a player was hurt, a doctor from another team had to stop playing and attend to injuries. In fact, over the course of my college and club Ultimate careers, I have attended several tournaments where no trainer was available. This is irritating when you need your ankles wrapped, but this could have been fatal if something more serious occurred.

While Ultimate is technically a “non-contact” sport, we’ve all seen cringe-worthy hits, the season-ending twists of the ankle, the collisions that players don’t spring up from. We play an undeniably physical sport, and as the level of play increases across the country, the incidence of injuries will probably follow in step. In my 10 years of play, I’ve seen dislocations, breaks, tears, concussions, strains, and everything in between.

USA Ultimate has a well-delineated set of requirements for medical staff at sanctioned tournaments, and luckily Matthew “Skip” Sewell followed these requirements despite No Wisconsequences operating as an un-sanctioned tournaent. When asked about the incident last weekend, USA Ultimate CEO Tom Crawford replied that USAU strongly encourages all tournaments to become USAU sanctioned, and if not, to at least follow their guidelines and recommendations; indeed, at this point, that is all they can do.

But whether or not a tournament is sanctioned does not limit the level of play, and it therefore doesn’t limit the extent to which a player could become injured. Furthermore, the sanctioning of a tournament certainly doesn’t account for medical crises like what I witnessed on Saturday.

I understand that many lower-level, un-sanctioned tournaments are run by local volunteer organizations with limited budgets, limited manpower, and limited resources. But I think a discussion needs to take place: should all tournaments be required to have at least on-site Medical Contacts, who are CPR-trained? Should they be required to have Certified Athletic trainers? Is this a feasible demand for low-budget, small-scale tournaments?

If we don’t require it at tournaments through a governing body like USAU, at what point do we, as a community, decide to establish this norm? As players, we demand water, displayed brackets, and, at a minimum, bananas and bagels at the most barebones tournaments. Should a trainer be added to this list?

As the sport continues to grow, the community has been vocal about what we want to see at the elite levels of ultimate. We’ve held extensive discussions online and in person about how professional ultimate will grow, and I think these types of open, community-wide discussions strengthen the sport. But I want these discussions to occur at every level of play, and after this weekend, I think the presence of trainers is a strong place to start.

Comments on "After Life-Saving CPR, Importance Of Trainers At Tournaments Magnified"