November 7, 2013 by Charlie Eisenhood in Preview with 31 comments 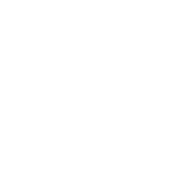 Last year, four Ohio Valley teams gathered at Carnegie Mellon University in early November for a brand new, one-day round robin tournament. Just one year later, the Steel City Showdown has transformed into a 24 team, important fall tournament that could serve as a bellwether for the Ohio Valley Region.

Featuring the defending National Champions Pittsburgh En Sabah Nur and a host of other 2013 Nationals qualifiers (and plenty of hopefuls), this weekend’s action should present an exciting early picture of many of the Ohio Valley, Metro East, and New England contenders.

The first game of the tournament is set for a stadium matchup between Pittsburgh and long-time Ohio Valley hopeful Penn State. Ultiworld will be livestreaming the game for free on YouTube, with pregame beginning at 7 PM and first pull at 7:30 PM.

PIttsburgh will look to open their new season with a strong performance against an up-and-coming Penn State. This will be Pitt’s first tournament after graduating a bevy of superstars from last year’s Championship run, including Tyler Degirolamo, Alex Thorne, Isaac Saul, among others.

At last year’s Steel City, they opened the tournament with a surprise loss to Carnegie Mellon that previewed an inconsistent regular season. Will they get out on the right foot this year?

They will look to rising stars like Marcus Ranii-Dropcho and Trent Dillon to step into big roles as a strong freshman class should help replace some of the losses from last season.

Notably, Jonah Wisch, one of the highest profile recruits this year, joins Pitt and could well be a starter for the team. He was one of the youngest players rostered in Major League Ultimate last season.

“One thing that has begun to define Pitt 2014 is a commitment to constant improvement,” the team told Ultiworld this week. “Our freshman and sophomore cores have been particularly impressive in their goal setting and work ethic early on.  We’ll look for that to continue.”

Penn State just missed out on Nationals last year after another season of being close but not quite reaching the top. They lost in the game-to-go at Regionals to Ohio, 15-5. They hope to make this the year they finally crack through and reach Nationals.

A win over Pittsburgh on Friday night would do a lot to show they have it in them.

Always an athletic team, Penn State has long played hard-nosed defense and solid, vert stack offense. They have struggled to launch a player or two into stardom, though, and their rawness has hampered them in close games.

This year, Rick Schaffer returns as a captain and will be joined by 6’0″ senior Marcus Thaw in the leadership department.

Penn State last beat Pittsburgh at the 2012 West Pennsylvania Conference Championships, 12-11. They would later get blown out by Pitt in the finals, 15-8. Last year, Penn State was 0-3 against Pitt (all games took place during the Series).

Both teams have something to prove heading into this game. Pitt is looking to show that they will still be a force this season, despite graduating so much talent. Penn State has a chance to show they belong in the early Nationals chatter in the Ohio Valley.

Join us at 7 PM on Friday to watch the action unfold.