I recently had the opportunity to participate in tryouts for the Boston Whitecaps. The tryout itself was a fun, largely unremarkable, but decidedly positive experience. I had a great time playing with and against a number of my friends and many friendly strangers. I left the tryout with a smile on my face and thought nothing of my short venture into open ultimate.

Ultiworld reached out to me for a comment on my experience, in which I described how much fun I’d had and how I thought I’d performed, along with a passing remark on how exciting and potentially successful a professional mixed team would be. The online response was peppered with a surprising number of negative and ignorant comments. These impassioned (and largely anonymous) responses made me realize that many people are sorely lacking an understanding of a woman’s perspective on her experience in the world of sports. I also realized that by attending tryouts, I had unintentionally made a statement, one that I didn’t even particularly want to make.

One of the most common responses I heard, with regard to women participating in professional ultimate, was the idea that women will eventually get to the level of playing side-by-side with men, that one day we’ll be vying for the same spots on a team, but that women just aren’t there yet. There were even people who tried to put this in a positive light, as in, “You’ll get there soon! Remember when women couldn’t vote?” Eesh. This is not, and never should be, our approach to women in sports.

I grew up in a house full of sports. I have two brothers and a sister, all talented athletes. My mother is and was an avid runner, my father an excellent basketball player. In elementary school I was passionately in love with sports. I was, what some would call a “tomboy.” I was determined to become a professional basketball player, marathoner and Olympic swimmer. I could almost keep up with my older brother and was faster than my younger brother, so I figured I was right on track. I admired my older female cousins who were winning state championships in basketball, swimming, and softball, but I thought I could do better and earn even more respect. I wanted to compete with the boys.

Something happened in between middle and high school: I hit puberty. I know that every adolescent experiences this differently, but as an athlete, “becoming a woman” hit me hard. As my body changed shape against my will and training, I became slower rather than faster. I cried after every cross country race. I watched my male counterparts grow by what seemed like feet at a time and put on muscle at an alarming rate. I despised the feeling of athletic failure and was constantly measuring myself against the accomplishments of my increasingly athletic brothers.

Luckily for me, I had an incredibly supportive family and access to a phenomenal women’s ultimate team. The Amherst High School ultimate program gave me a supportive environment where I could feel success through my team’s accomplishments rather than constantly comparing myself to others, especially those with a different chromosomal background.

The atmosphere of the Amherst High School ultimate program saved athletics for me. Our national championship trophies were valued just as highly as those of the men’s teams. I never felt like I would have to make the men’s team in order to achieve true success. My team’s success was our own, won by effort and teamwork in a legitimate division comprised of our peers. Even as your average, self-absorbed teenager, I knew that I had been a part of something truly special.

It wasn’t until college that I discovered that not everyone held women’s ultimate in the same regard as men’s. I heard comments from male players about how they would dominate the women’s division. Another one of my male frisbee friends, upon seeing a picture of Miranda Roth laying out as my desktop background, proclaimed that she wouldn’t even make an open college team. Comments like these filled me with anger and shame, but I was unable to interpret those feelings or put them into words at the time. I did my best not to dwell on these interactions, as I was too preoccupied with making myself and my team better to be altogether too concerned with the opinions of others.

Playing women’s club ultimate has helped me move away from those negative opinions and further immerse myself in the challenges and joys of being an athlete. I’ve had the good fortune to play with some of my role models, like Miranda Roth, and to have Gwen Ambler as a captain and to attend tournaments run by Michelle Ng. Playing with the women of Brute Squad has made every practice a challenge and has kept me excited to play each coming season.

It wasn’t until I heard the reactions to my Whitecaps tryout that I realized how few Ultiworld readers seem to know about what women’s sports are about. The same offensive and ignorant opinions I heard in college are still pervasive in the ultimate community. With a comment board full of statements like: “Every single open team at club nationals would blank Scandal,” I just hear variations on a theme of belittling the accomplishments of women in sports.

This brings me to why “open” ultimate does not provide equal opportunities to both genders. Women’s sports are an entity in their own right. I fully support any woman who has or will attend tryouts for open teams and will cheer them on enthusiastically, but I don’t believe the future of women’s sports should rely on direct comparisons between female and male athletes. Brittany Griner should be able to have the goal of being the best in her game without ever having to enter the NBA or be compared to Lebron James. We should not measure the success of women in sports with a yardstick that is marked with the accomplishments of men. 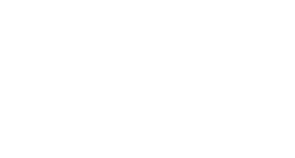 This is why I think my participating in the Whitecaps tryouts may have sent some people the wrong message. I hope that having a female participate opened the eyes of the MLU to the potential for professional women’s or mixed-gender ultimate, but I personally do not I measure my success or determine my self-worth as an athlete by how well I compete with men. Believe me, I have more than enough of a challenge every time I step onto the field in a Brute Squad practice. While I enjoyed the compliments I received when I performed passably in an open tryout, this is not where I look for my reward. I find my reward in my team’s successes or in accomplishing what I had formerly thought I was incapable of.

Even if I suddenly had the height and/or speed to play for Ironside, I wouldn’t do it. I am a female athlete, who plays women’s (and sometimes mixed-gender) sports. I hope that we can elevate the level of coverage and respect for women’s ultimate so that young women can dream of being the greatest in the women’s game and be held in the same regard as the best in the men’s. If I had set out to make a statement, this is the one I would have made.

For the young women who might read this: you will meet people who will put down your sport, your gender, and your athletic efforts. Some of these comments will even come from friends, family members and maybe significant others. They may try to minimize the offensiveness of their statements by saying “C’mon, it’s just a joke!” or “Men are better, that’s just a fact.” If you have the words and the energy to spare, feel free to respond; if not, ignore them for now. Just don’t try to measure your athletic worth based on another person’s standards.

Find your own reward. Look for it in your personal struggles and successes. Look for it in the reactions of your teammates when your team achieves its goals. Keep you eyes on the prize and, remember, the prize has nothing to do with what the boys think.