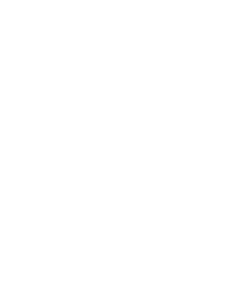 Ultiworld is excited to bring you complete coverage of Queen City Tune Up, February 8th and 9th in Charlotte, NC. Ultiworld will be providing live reporting, in-depth previews and recaps, and video on demand at Queen City — one of the premier tournaments of the entire college season.  And yes, we will be covering both the Men’s and Women’s divisions.

The tournament will serve as one of the first true tests in the college regular season.  Tournament host University of North Carolina Darkside comes into QCTU ranked #1 in the Ultiworld power rankings and seeded #1 in the tournament overall.  They also have two tournament victories in a row and will have to guard against complacency.  Darkside will also have a big target on their back: Any team that can notch a win against UNC will give their region a much better chance of notching a strength bid.

The pools for the tournament, just announced, and are as follows:

The team most likely to have a chance at taking UNC down?  Longtime regional rival UNC-Wilmington. UNC-W will probably have to work harder to hold down their pool, but will certainly play gritty and tough in Sunday bracket play. One thing that could play in their favor is that QCTU — one of the earliest tournaments in the “spring” season — often has some of the worst weather. Windy conditions could play favorably for the Wilmington-based crew.

The other important story is that, as has been the case in recent years, many Northeastern and Midwestern teams are traveling down to North Carolina in a hope of finding conditions favorable enough to play in.  That means early-season looks for groups of Northeastern teams with late-Sunday regional aspirations: Harvard and Dartmouth from New England; Connecticut and NYU from the Metro East.

And yet the Midwesterners could be the teams to watch.  With solid teams like Michigan, Iowa, Ohio, Ohio State, Penn State and others all battling for ranking points for their respective regions (Ohio Valley, North Central, and Great Lakes), it will be interesting to watch.  Will the wins and losses cancel themselves out, or will one region step up to capture a lion’s share of the quality wins and scorelines?

Our video schedule is still under discussion, and we want input from the Ultiworld community.  What games and matchups should we film?  Which teams and players are must cover?  Let us know in the comments!

Women’s pools have yet to be announced; check back for an update early next week.