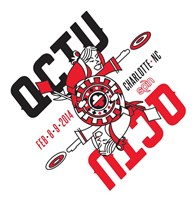 Ultiworld is excited to bring you complete coverage of Queen City Tune Up, February 8th and 9th in Charlotte, NC. Ultiworld will be providing live reporting, in-depth previews and recaps, and video on demand at Queen City — one of the premier tournaments of the entire college season.

The field is power packed, with 12 of the 20 teams ranked in the Ultiworld Top 25; each of the remaining teams should be in the mix in their respective regions, and even potentially battling for a strength bid.

#3 Carleton and #4 Tufts are making their debuts, having made minimal appearances in the fall. #9 Colorado, #7 Central Florida, and host team #5 North Carolina could make big statements about their end of season potential. #9 Ohio State and #10 Virginia, led by Callahan quality stars, have high expectations. #21 James Madison and #23 Kansas are attempting to break out.

With so many strong teams, there’s a lot to watch.

If the table above leaves you confused, that’s alright. Seeding arrangements are not done according to our Power Rankings, but did heavily weigh season’s series results. It is unclear how that results in Ohio State getting the top seed over Carleton or how James Madison’s strong fall lands them as a pool second seed while Northeastern settles for a third seed. Mostly, it just goes to show how many different ways the body of this season could break.

With that in mind, handicapping a favorite is difficult. Ohio State lost more games at their season opening Florida Winter Classic than they did in the entirety of the 2013 college series. Carleton and Tufts both suffered losses of star players – Anna Reed and Flannery McArdle from Carleton; Claudia Tajima and Hailey Alm from Tufts – and have yet to prove themselves this season. Does that mean the crown is ripe for the taking by strong early season performers like North Carolina or Central Florida?

While many of the teams bidding for the crown in the Queen City are challengers to Oregon’s throne, the rest of the teams in attendance can use the weekend to establish themselves in the rankings.