The Most Overlooked Physical Training For Ultimate 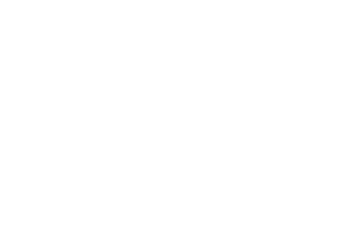 You only have to go back a few years to find a time when there was nothing at all to educate ultimate players on ultimate-specific physical training; these days, there are many resources available. A quick Google search shows that even Mens Fitness have a workout program aimed at ultimate players, as does legendary physical coach Brian Mac. That’s not to mention a plethora of ultimate specific trainers and their resources: UltiTraining.com, Ultimate Rob, Melissa Witmer at Ultimate Results, and, of course, Tim Morrill of Morrill Performance.

In short, now there are tons of resources. Fantastic!1

If you look at most of these programs, there’s a fairly even split between running-based workouts and gym-based workouts. However, I feel that there is a huge hole, and that concerns the mechanics of running and jumping. Sure, some of these programs have videos or descriptions of acceleration phase, or changing direction, etc. But it is my experience that very few people can watch a video of a complex movement and then be capable of accurately replicating it, particularly at speed.

Anyone who has lifted weights seriously will have, at some point, asked for technique advice.2  The same is not true, in my experience, of running and jumping.

I have played with and coached some fantastic athletes, some of whom were really fast but had appalling running mechanics, and some who were really strong but couldn’t jump for toffee. They work hard, but not smart. They never learned the skill of running or jumping. It’s a bit like going to the gym and lifting like this. No one doubts that you’re putting in the effort, but if you’re not training in the right way then you’re not going to get the results you want. I’ve seen guys who can do single leg skater squats to the floor but can’t get even a 12” vertical because they never learned the mechanics of how to turn their strength into something they could use on field. They have the strength, but not the skill.

Remember: running and jumping are skills that must be learned. You can go and run every day, and jump every day, and sure you’ll get better. But if you learn good technique then you’ll get faster and jump higher than you would have done with all the workouts in the world.

There are tons of videos online that demonstrate good running or jumping mechanics. Study them. Also, running drills and jumping drills are really useful; start small by understanding the difference between skips, hops, and bounds. When you’ve got that down, practice pop-ups and the classic lay-up for jumping, and there are thousands of running drills but A & B Skips are the fundamentals.

I’ve been fortunate enough to attend one of Tim Morrill’s agility and sprinting workshops, and I can say with confidence that getting feedback does more for you than anything else; the things I took away from that experience were the things that Tim spoke to me about. You have to work smart as well as work hard. Video resources are great, but nothing will ever replace working directly with a coach who can provide feedback.

When I first played for Great Britain in 2007, I was just doing whatever workouts I felt like. I was a middle-of-the-pack athlete. I worked hard, but I was directionless. I then joined an athletics club and trained with the long jump team.

Firstly, compared to the long jumpers, I was a terrible athlete. I had to train with the girls team when I first started because I wasn’t strong or fast enough to do the guys training; I also finished last almost every time for two straight years. I was pushed harder than ever before, but I think I got more out of the technique stuff than anything else. I had a great coach – Colin Harris – who was able to give me enough pointers during a single session that I went from finishing 10m sprints 2m behind my sprint partner to getting a dead heat. This was in a single session. Just tweaking my technique was having huge results.

I’d also say that most ultimate players seem to devote far more time and effort to their ability to lift weights than their ability to run or jump. Sure, lifting weights will give some second-hand rewards on field, but only if you learn how to apply your new strength and stability improvements. Running and jumping are vital components to playing ultimate and they deserve far more effort than anything you do in a gym. Don’t just go to a field and run as hard as you can. Learn how to run efficiently, and you will then be capable of getting far more out of your workouts.

In short: find yourself a sprints or jumps coach. You won’t regret it.

Comments on "The Most Overlooked Physical Training For Ultimate"