2015 Beach Worlds Will Be In Dubai

February 26, 2014 by Charlie Eisenhood in News with 9 comments 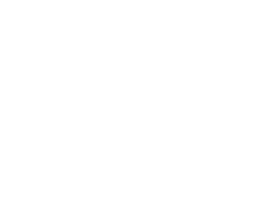 Get Horizontal has the scoop of the week: the 2015 BULA Beach Worlds will be hosted in Dubai, United Arab Emirates, in early March.

BULA President Patrick Van Der Valk told GH, “Hosting the WCBU2015 in Dubai is 95% sure but we are working on the last details. We hope to announce it in the next two weeks but things are just not 100% ready.”

Count on it becoming 100% — Ultiworld has heard rumors for the past few weeks that Dubai was in the cards.

Besides being a hub city that many airlines use to connect Europe and Asia, Dubai is on many people’s list as a place they want to visit. From the Burj Khalifa, the world’s tallest building, to ultra-luxury hotels, it is a strange temple to capitalism.

The weather in Dubai can be unbearably hot, but early March is usually a pleasant time of year, with high temperatures usually in the low 80s.

Comments on "2015 Beach Worlds Will Be In Dubai"