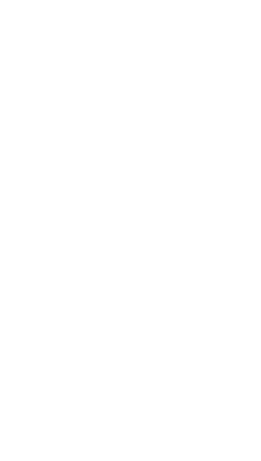 ATLANTA — As the dust cleared at Python Park from the close semifinal round in the open division, two schools looked onward at a chance for the first time to call themselves Paideia Cup Champions.

This weekend was the first time Carolina Friends School had ever competed at the cup, but that did not hinder their performance as they ran through their pool and clinched their first trip to the finals after an 8-7 nailbiter over Paideia in the semis. Holy Family Catholic has made several trips down to Atlanta, but prior to this weekend, the Revolution had never hoisted the trophy.

The two teams know each other not only through competing at Deep Freeze earlier this year, where Holy Family dominated with a 13-5 win, but also through some of the teams’ individuals. CFS’ Sol Yanuck and HFC’s Dominic Schuster will play together on Team USA in Lecco, Italy, at the Under-19 World Championships this summer. Through summer ultimate camps, Youth Club Championship tournaments, and Junior Worlds tryouts the two teams have more of a connection than most people would know.

Schuster would come out on top of his new teammate this time as Holy Family Catholic defeated Carolina Friends 11-9 to hoist their first Paideia Cup.

The game started out with small amounts of wind gusts that gave both teams motive to strategize for zone and spread out the defense. Holy Family started out strong on a simple defensive zone look and, after generating a turnover, a Jordan Monnin to Schuster connection — a common sight throughout the tournament — completed the first break point.

HFC would tack on a second and, after a CFS turn near the goal line, Holy Family would jump ahead by three. But the Durham crew dug deep to make it a game. After a successful offensive point and then defensive break, CFS made the play of the tournament to tie the game at four a piece. Liam Searles-Bohs threw a long backhand that seemed as if it was going to fly ten yards out of bounds. But the wind added an extra push to help curve the disc closer to the playing field to allow for an amazing trailing edge layout by Matt Gouchoe-Hanas, which was one of his four goals in the final.

Both teams would have their scoring runs in the first half, each making minor tweaks to their defenses. Despite Holy Family being up by just one at halftime, this was the difference maker. Holy Family received the disc out of halftime and punched in a score, giving them a two break advantage.

This proved too much to overcome despite the second chance CFS had when trailing 9-8. During the point, the soft cap horn blew and Holy Family scored, capping the game at 11. CFS would score on offense, but Holy Family diced through their zone on the following point to win their first Paideia Cup Title.

So far, Holy Family Catholic Revolution holds a perfect 18-0 record this season with three tournament titles under their belt: Deep Freeze, Chicago Invite and Paideia Cup. Carolina Friends should feel very pleased with their performance not just against the Revolution but overall on their first ever trip to Paideia Cup, going 4-1 and winning games against opponents they have never faced (De Smet, Neuqua Valley, and Hopkins).

Young Stars In The Making

While the Holy Family Catholic likes to be known as the Revolution, #39 Nicholas Bissonnette is a part of two teams that share the same name. Bissonnette at one time scrimmaged against two Cincinnati Revolution tryout squads and, during the process, the AUDL team liked what they saw from the high school senior. Once his high school season is over, he will don a different Revolution uniform and play professionally.

Outside of the senior talent on both programs, a pair of underclassmen from both squads shined through brighter. CFS freshman Liam Searles-Bohs carried the offense during the finals; he was involved in six out of the nine total points they scored with four assists and two goals. Searles-Bohs’ skill and finesse for a freshman is impressive and unparalleled in high school ultimate.

Jordan Monnin’s height and stature gave Holy Family an extra dimension of athleticism to their roster. Monnin has the length to layout for everything and his great body positioning makes him a force to be reckoned with. The sophomore had one assist and two goals in the championship game and was a defensive threat all weekend long.

Stay tuned for the full tournament recap of the Paideia Cup from Ultiworld.