The Rise Of Cedarville Ultimate 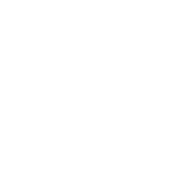 Earlier this year, when I wrote an article previewing the DIII Ohio Valley region, Cedarville tweeted in response, “Well, this is awkward. Gonna be fun coming completely out of left field. #weexist”.

The program, which has leapt into the Regionals contender conversation this season, is in its first full year of existence. Still, while they are playing in the USA Ultimate Series for the first time, the team first saw its potential in several non-sanctioned tournaments.

Cedarville held tryouts in December of 2012 and officially formed in January of 2013. Drawing interest from the pickup games and intramural Ultimate league at the university, over fifty attendees tried out for the team.

According to Captain Eric Shomo, who organized and facilitated the creation of the team, “A majority of the players that attended our first tryout had ultimate experience, but only in pickup and intramural. A couple of the guys had played together in high school, but nothing more than that. Honestly, at that point, we had no idea how good we would be compared to other teams.”

One month later, the team took second at Arctic Vogue hosted by Cincinnati. Losing only two games, the team performed remarkably well given the amount of time they had to develop inexperienced players and create chemistry. Both losses came to Liquid Hustle, a team from Indianapolis featuring several players on the AUDL’s Indianapolis AlleyCats. One win in particular stood out, as the team was able to beat Frostboat, a team featuring several players from Cincinnati’s national-level club team, Steamboat.

After one month of existence, Cedarville Ultimate was already playing well together.

For the rest of the 2013 season, the team attended other small tournaments and scrimmages, but “set [their] sights on participating in the College Series in 2014.” The captains said their goal has been to not only make DIII Nationals but win it, all in their first season.

Beginning with Cincinnati’s Autumn Showcase, the program gained some valuable experience, coming in sixth while playing split-squads from established programs such as Pittsburgh (won 13-9), Ohio University (lost 14-16) and Cincinnati (won 13-11). Throughout the fall, Cedarville flew under the radar, continuing to improve in hopes of a successful series performance in the spring.

Most top-ranked teams are programs that have existed and thrived for many years; however, Cedarville entered this spring with something to prove. After being looked over and left out of all thoughts regarding the series, Cedarville attended the DIII Midwestern Invite and proceeded to shake up DIII nation as a whole.

Cedarville defeated established, highly-regarded programs such as Kenyon (13-10), Wisconsin-Parkside (12-8) and North Park (13-5 in the championship game) after entering the tournament seeded seventh of ten teams. They emerged as the clear winner and were never seriously challenged throughout the weekend.

“We probably weren’t expected to compete with the top teams, even though we knew that we could. It has been our chemistry as a team, our attitude, and our style of play that has carried us to these victories,” explained Shomo. After retaining the core of the team from the previous year, the team was confident in their abilities and certainly proved themselves on the field.

Continuing their success, the team attended Kentucky Classic and rolled over the competition, defeating teams like Louisville (11-2), Dayton (13-7), Knox (13-4) and Belmont (11-5) before losing to Chicago in a close fought game, 11-13. After proving themselves in two larger-scale tournaments, the team rolled over all competition at their non-sanctioned home tournament, The Sting. Beating teams by a total score of 70-18, the team was prepared and confident in their ability to put on a show in its first series as a program.

The team ended the season ranked #5 in USA Ultimate’s national DIII rankings and was deservedly able to secure one of the three bids to Nationals currently held by the Ohio Valley.

The culmination of the team’s effort and hard work over the past season and a half showed at Ohio Sectionals only about two weeks ago. Starting off hot with a 4-0 Saturday, the team took advantage of some good weather and smart play. Running a disciplined ho-stack and man-to-man defense throughout the day while utilizing vert-stack and a zone defense when necessary, the closest game they had was a 13-10 win over Ohio Wesleyan.

Sunday was a different story, however. With wind picking up and gusting to 30 miles per hour at times, every team at the tournament was forced to rethink its strategy and play more conservatively. Under these conditions, Cedarville struggled a bit, but continued to play hard and tight with other teams despite already locking up a bid to Ohio Valley Regionals. Though they would fall 13-14 to the other surprise of the region, Franciscan Fatal, they would secure third place with a win over Denison.

In the preliminary seeding for regionals, they currently sit at 6th, arguably too low for a team with their credentials. While they are expected to do well and can certainly give any team a tough game, Cedarville will need to play consistently well if they want their season to culminate with a trip to Nationals in May.

The team features multiple playmakers, many whom they have relied on to play significant roles throughout the season. Shomo carries the offensive handler set and Lance Young hurts defenses downfield in the ho-stack. On defense, the team has many adept defenders in their man-to-man setup. Specifically, however, John Laubscher and Sam Riggleman stand out on shutting down playmakers and running the offense on turns. These players, among the multitude of athletic role players on the roster, will have to lead the team and play their best ultimate in Bethlehem this weekend in order to secure a top three spot.

“For me, the only word that I can use to describe this season is surreal,” said Shomo. “Even thinking about it now it just doesn’t feel real…With this being my only shot that I have at a DIII title run, this season has a lot of importance to me as well as the other seniors that we have. I want to get to Nationals so bad just to be able to see what it feels like. With all this pressure though, I think that to this point everyone has been able to stay calm and collected, and keep sights on our next opponent rather than conferences, regionals, and Nationals.”

Comments on "The Rise Of Cedarville Ultimate"