July 27, 2014 by Steven Wartinbee in Preview, Recap with 4 comments 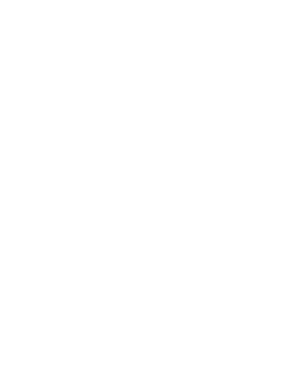 It’s down to two.

The Toronto Rush will once again take the field in the AUDL final in the most important game of the season against the San Jose Spiders. Both teams steamrolled their way through the quarterfinals last week; on Saturday, Toronto continued their domination into the semifinal, while San Jose stumbled against Madison but ground out the win, 23-20. The Rush have a +41 goal differential in the playoffs, while the Spiders are +13.

In the first semifinal, the Empire never truly presented a challenge to the dominant Rush. Toronto broke early and often, commanding the field on both sides of the disc to take a 19-9 lead at half. A second-half injury took Mike Drost out of the game, and Noah Saul had some very uncharacteristic errors on the offensive side of the disc.

That being said, it would be unfair to attribute the Empire’s loss to any individual players. Commentators Evan Lepler and Brodie Smith discussed how difficult it is to get out of the sort of rut New York were in when their star players were all having poor games on the same day. Noah and Isaac Saul each had their share of throwaways, and the typically high-powered Empire D-line was unable to generate the breaks that they had all season long (in part because they didn’t see the field nearly as much as their O-line did). Evan Phillips attributed much of the errors made by New York to the high pressure against the handlers brought by the Rush. Jonathan Martin was fantastic for the Rush, and the entire D-line was able to generate many blocks on the Empire’s unders while still pressuring the deep shots.

When interviewed at halftime of the second semifinal, Mark Lloyd expressed his belief that while both are obviously important, the Rush would have to focus on preparing for either offense or defense, depending on which team advanced from the other side of the bracket. If the Spiders advanced, Toronto would have to focus on containing their offense, while the Radicals’ major threat would come from their famed zone. Expect the Rush to have something special to try to slow down the Spiders’ offense tomorrow, which the Radicals could only contain for the first quarter. In the later semifinal, Madison went up early against the Spiders after some stellar plays on both sides of the disc. Matt Weber had an awesome layout block on a swing pass, and Meyer’s great hammer sky gave the Radicals a 5-2 lead.

Drops and throws into the teeth of the Madison zone were the story of the Spiders’ first quarter, while the Radicals had some great takeaways themselves as well. Kurt Gibson and Beau Kittredge started the game primarily on defense, but were unable to make a significant impact early on. At the end of the first quarter, however, Beau scored the break to get the Spiders rolling, and Gibson later caused the turn that allowed the Spiders to then equalize at 8-8. The teams would be on serve for much of the rest of the game, with only a few breaks making the difference in favor of the Spiders. Simon Higgins was an absolute force for San Jose throughout the semifinal, while Peter Graffy recovered from a midair collision with Kittredge in time to make his presence felt on the last few points.

Much of the pregame discussion revolved around the Spiders’ offensive prowess and Madison’s defensive pressure. Interestingly, the Spiders’ defense was arguably the better throughout the game, at least in streaks. The game was won in the second quarter, when San Jose’s defense held the Radicals to just one goal.

The Radicals zone and double-team caused the Spiders some trouble in the first quarter, with multiple turnovers coming from tight forced swings and over the top throws. The major difference between the AlleyCats and Spiders was that San Jose was able to respond to turns with stellar defense from their O-line, frequently holding serve even if there were multiple break opportunities during the point.

The Spiders’ second quarter run was also helped by the fact that Madison’s D-line didn’t see the field, and hence San Jose didn’t have to deal with their zone. While initially flustered (Joye had two early throwaways against the zone), the Spiders realized that quick disc movement was the key to not allowing the Radicals’ double-team and zone to set. Fast-paced swings and short gainers allowed San Jose to break the zone time and again throughout the rest of the game, with the odd huck or deep hammer keeping Graffy on his toes.

Also of note today was field quality. More than a few plays were significantly affected by the dampness of the turf, with players slipping left and right. Normally one of the most sure-footed players on any field, Gibson had an injury scare in the first half caused by a slip when he tried to change direction guarding a dump cut. Kittredge also lost his footing as an around pass went up to him, almost causing an unforced turnover. Let’s hope the fields are slightly drier tomorrow; both player safety and quality of play will be significantly improved if that happens.

As Lloyd stated, the primary goal of the Rush will be shutting down the Spiders’ offense. As we saw today, however, the Spiders’ hard man-to-man defense gave the Radicals their fair share of problems as well. Neither team has any true weakness that could be exploited for more than a few points before they react and mold themselves into a different beast. This final is a true clash of titans, with each team only having one loss on the season and an abundance of individual talent.

Despite the Spiders’ superstars, the depth of Toronto will do what it has all season and stifle teams from beginning to end. No doubt, Joye, Gibson, Kittredge, Higgins, and San Jose’s other playmakers will have their moments in the spotlight, but the total team play of the Rush on both sides of the disc will lead them to repeat as AUDL champions.

Don’t miss the championship on ESPN3 at 1pm EST today.