Some Important Format Changes To The 2014 National Championships 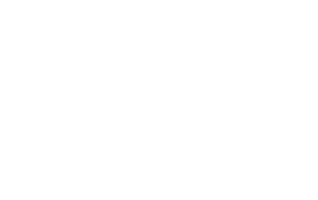 After a major overhaul in the format of the National Championships in 2013, USA Ultimate has continued to tinker with the structure of the club finale in 2014.

The biggest format change is the guarantee of at least one game on Saturday for every team in the tournament. This differs from last year, where many teams were eliminated from competition after pool play games on Thursday and Friday. This change also allows all 16 teams to compete for the two Pro Flight spots in 2015. According to USAU, the teams defeated in the pre-quarters will enter the Pro Flight qualification bracket, where they can finish as high as seventh place. The top eight teams at the Championship will qualify for the 2015 Pro Flight.

USA Ultimate also announced that the entirety of the tournament will be played at the F.C. Dallas Soccer Complex. This creates an optimal competition schedule with more games on Saturday, which allows for the addition of more Pro Flight qualification games — a huge improvement from last year’s format.

In addition to the changes of the Championship format, USA Ultimate decided to change the seeding and ranking format for the entire series.

Similar to last year, seedings for the upcoming Regional tournaments will be constrained by Sectional finish. That is to say, no team can be seeded lower than a team they finished above at Sectionals. The same, however, does not apply for the National Championship. For example, if Doublewide beats Johnny Bravo in the South Central Regional Final, that does not guarantee a higher seed heading into the Championship, as it has in past years.

The reasoning behind this, according to USAU, is to “emphasize the importance of the season as a whole in providing the fairest opportunities to compete not only for the national title, but for Pro Flight qualification.”

After all Regional competitions are complete, USA Ultimate will recalculate the rankings for the 16 qualifying teams. The new rankings will be used to help determine Nationals seedings, and will also be used to reseed teams for the Pro Flight qualification games.

This also stresses the importance of Sectionals and Regionals games, as all results from these tournaments will be considered in each ranking.

Each of these changes — the format for Nationals and Pro Flight qualification, and the new ranking and seeding guidelines — is a positive step toward establishing the best postseason format for ultimate. With the general ranking system constantly being adjusted, we can soon hope to see a format that not only runs smoothly, but produces the most accurate results for the entire season.

Comments on "Some Important Format Changes To The 2014 National Championships"