Florida Winter Classic marks the beginning of the college women's regular season. Featuring 8 ranked squads, including reigning Champions Ohio State, the tournament will serve as a critical measuring stick and evaluation tool for both teams and fans. 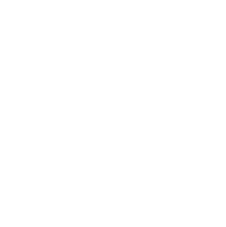 It is finally time to shake off the rust, dust off the Twitter feeds, and don new jerseys. Spring has arrived in the college women’s division. Florida Winter Classic is the first stop on the road to Milwaukee, with the deepest field in tournament history.

FWC has grown into one of the key tournaments in the season. The former Southeast launching point has become the best early season event on the East Coast, growing from 19 total teams and 4 preseason top 25 teams to a 23-team affair with 8 ranked squads. The lineup features reigning national champions Ohio State Fever, semifinalists Central Florida Sirens, and some of the fall’s top performers. A 6 team power pool has expanded to a two pool, eight team Tier 1.

Ultiworld will be on hand, preserving the action on film! You can purchase video on demand access to the weekend’s games through our subscription service.

Of course, like any January slate, teams will be figuring a lot out. A week or two of practice doesn’t provide the smoothest transition from winter break to spring slugfests.

“FWC provides us a competitive tournament early on for identifying areas that need to be addressed,” says Ohio State captain Jenna Galletta. “The more information we can gather early, the better we can position ourselves to execute better.”

But many of these teams have the College Championships in their crosshairs. With four different regions represented, these regular season showings do matter. While rookies will get their reps and there will be some turnover-fests, expect to see the top teams rounding into form Sunday just in time to score major Ws.

After all, the top three finishers at last year’s tournament found themselves packing their cleats come May.

Before 42 straight wins, before a National Championship, before a Callahan winner, there was Florida Winter Classic. Ohio State actually lost their first game of the season 12-6, and wound up losing again the final, both times to Central Florida. Those formative challenges may have proven key for Fever’s title run.

Expect a Fever team still in the discovery phase. Stevie Miller (U23 Women’s, 2014 Breakout Player of the Year) won’t be playing and there’s a strong chance veteran Catelyn Ramsey will also be out. That leaves the team in the capable hands of Galletta, Katie Backus, Alaine Wetli and company.

“If the team leaders are doing their jobs in recognizing roles and determining strategies (and adapting when needed), then it is just about the player execution,” says Galletta. And so it may be the rest of the roster’s consistency – or lack thereof – that determines their finish this weekend.

“We know where individuals are in their skills, but putting it together on the field in real-time is always the challenge,” she added.

And there are definitely challenges ahead. Cassie Swafford, Paige Soper, Caitlin Harley, and other seniors’ departures leave massive cavities of talent and experience. DeAnna Ball and her staff are equipped to manage the team through these transitions. That’s exactly what FWC functions as for Fever; while most teams in January are still defining their roles and their systems, Ohio State has lost a ton of ability and has significant outside expectations to battle against. The battle starts in Orlando.

Last spring was a smashing success for #14 Kansas, and it came on the heels of an impressive fall. As we approach the beginning of 2015, the outlook hasn’t changed. Betty’s been rolling and that may continue in Orlando, where Kansas could be considered the favorite.

“Ending the fall season with a strong showing at MLC gave us a great confidence boost heading into the break, but we don’t have any assumptions heading into the spring,” said Kansas Coach Loren Schieber, not caught up in the team’s success. “Every team changes, every team improves, and we are just looking to compete at our best and peak at the right time.”

Kansas isn’t an exception to changes. Central handlers Christina Baker and Kat Songer are gone, along with solid throwers like Tess Hoerle and Dung Nguyen. But the skill-rich Betty roster has enough talent with the disc to absorb these losses, leaning on Jenni Corcoran, Clare Frantz (U23 Mixed), and Caitlin Fitzgerald to take on heavy touches. They aren’t alone, as the team put a heavy focus on club experience over the summer. This lead to the formation of the club team Wicked, which featured about 10 players from Betty, among other club women.

The result is a deeper, smarter, and more confident team. Cutters like Kelsey Akin, Kailee Karr, and Nadine Rowen are ready to provide lots of open looks for their high quality handlers. Akin was a standout at MLC and looks to be headed for a big year. For both her and her team, FWC is a chance to keep building on their foundation of success.

Northeastern Valkyries Ready to Take the Next Step

Another program on the rise, #16 Northeastern has made serious competitive strides. Those experiences have formed a more prepared team that can approach a major tournament like an elite squad.

“I think a lot of our team has now seen what kind of effort is needed to play with the best teams in the country,” says Northeastern Coach Jason Adams. “We are integrating a lot of young players into our rotation and the veterans that have been through everything have to set the standard for what’s expected of everyone and to hold everyone accountable, because at the top level of the sport, every player playing points means business.”

The team relied a lot on defensive stalwarts and handling duo Kate Flood and Lizzie Jones last season, but may show off a bit more offensive firepower in 2015. Mei Bruist enters the season as one of the nation’s most talented but unheralded threats. Nicole Canning is lined up to be a force as a deep target, with Hannah Walter and Melissa Ellis handling heavy touches. Shelby Parton has a key role as a defensive stopper. These returners form a productive core.

“I think the captains and returning players are up for the challenge of overcoming our player losses and hopefully their approach will be contagious and the rookies will follow suit,” says Adams. They say winning is contagious and the Valkyries may do plenty of that this weekend.

Lots to Prove for Georgia Dawgma

It has been an unusually long time since #15 Georgia was making a dent against national competition. The team has turned in disappointing results to close out their past two seasons, including a flop at Southeast regionals last year. But away from the limelight, they’ve been putting together a deep, athletic, and most importantly, hungry roster of competitors. And now they are ready to let the Dawgs off the leash.

Despite the team’s struggles, Hannah Leathers (Southeast POTY 2014) and Lane Siedor (U23 Mixed Alternative) are well known studs capable of dominating against even the stiffest competition. But if opponents just gameplan for that duo, they are bound to be carved up by captains Melissa Merrill, Kate Hines, Ally Pixler, and their strong supporting cast. Cutter Katherine “KJ” Jennings is bound to run defender after defender into the ground.

The leadership on this team has their work cut out for them. They’ll have to take a team that hasn’t beat a nationals qualifier in sanctioned competition since they won 2013 Southeast Regionals and acclimate them to elite status. The talent and experience are both there. Their old stomping grounds provide a perfect opportunity to prepare for success and prove they belong.

Unsurprisingly for an early tournament, any one of the other four teams are very capable of making a splash.

#19 Central Florida has undergone a lot of personnel changes, but expect a lot of the same traits that shot them up the ladder and nearly to the National Championship game in 2014. Stephanie “Eli” Williams and Shayna Brock will be getting the disc a lot, and the rest of their veteran core – speedster Alexa Wood and Jesse Baldwin – will be joined by impact freshman Janina Freystaetter. Shelby Spence has been touted by the program as a breakout defensive weapon. How much Coach Joe Tilley decides to open the lines – it wouldn’t be a surprise to see the starters registering a lot of points – could decide their push this weekend.

Making the trip down to Orlando is #22 Texas, looking to build on an impressive fall. A lot of strong players have left Melee these past two years, meaning Lauren McKenna is taking on a huge role. Who emerges for this team will be important to watch, but their early returns warrant healthy respect. They aren’t bringing a huge squad to FWC, a likely indication that lines will be open.

The perennial “on the cusp” team of the Southeast, #23 Florida State is counting on a huge class of returners to give them depth and shore up the mental missteps that have cost this team when it matters most. Lauren Brunner and Kari Tomarelli lead the way, with the support of potential breakouts Lisa Fitton and Lari Ferreira. The team also added Carolina Gonzalez-Llanos, formerly of UCF, over the break. This might be an all-in season for FSU, meaning every opportunity carries hefty weight

Another team that has spent a few seasons orbiting the elite programs is #25 Wisconsin. Bella Donna has some true stars in the making that will fight to return them to the promised land. Anna Hrovat-Staedter (U23 Mixed) was reportedly one of the best players at the U23 East Coast tryouts. Rachel Romaniak and Lo Guerrin provide experience, athleticism, and effectiveness. Adding freshman Maggie Kennedy (U23 Women’s) to the team gives them a huge boost. Wisconsin is a team to watch in the early season, especially in a bid-starved North Central region.

The talent in Florida extends beyond Tier 1. The second tier of nine teams (split into two pools) are eager to show they deserve a spot at the big kids table. If they can secure one of the top two slots in their pool on Saturday, they’ll get their shot.

Florida FUEL has been disappointed with their results the past few seasons. They showed flashes last year, finishing T-3rd at Southeast Regionals, and scoring wins during the year over Georgia, Pittsburgh, and Colorado College. But a new cast, anchored by Reba Havis’s dynamic handling, will need to step up and represent the host team. They look like a strong bet to finish at the top of their pool.

Another team to watch is Auburn Nova, coming off the best season in program history. Their 2014 results included wins over Florida State and Georgia, a 15-4 regular season record, and a final spot T-3rd at Southeast Regionals. Nova returns nearly everyone, including their central core of Joanna Vogt, Kristine Fedorenko, and Amanda Williams. If they want to break into the Southeast’s upper echelon, they’ll need to deliver with consistency that eluded them last season, starting in Orlando.