What Can Ultimate Learn From The Growth Of Other Alternative Sports?

Alternative sports are exploding -- can ultimate catch up with lacrosse and rugby?

February 5, 2015 by Austin Eilbeck in Analysis with 19 comments 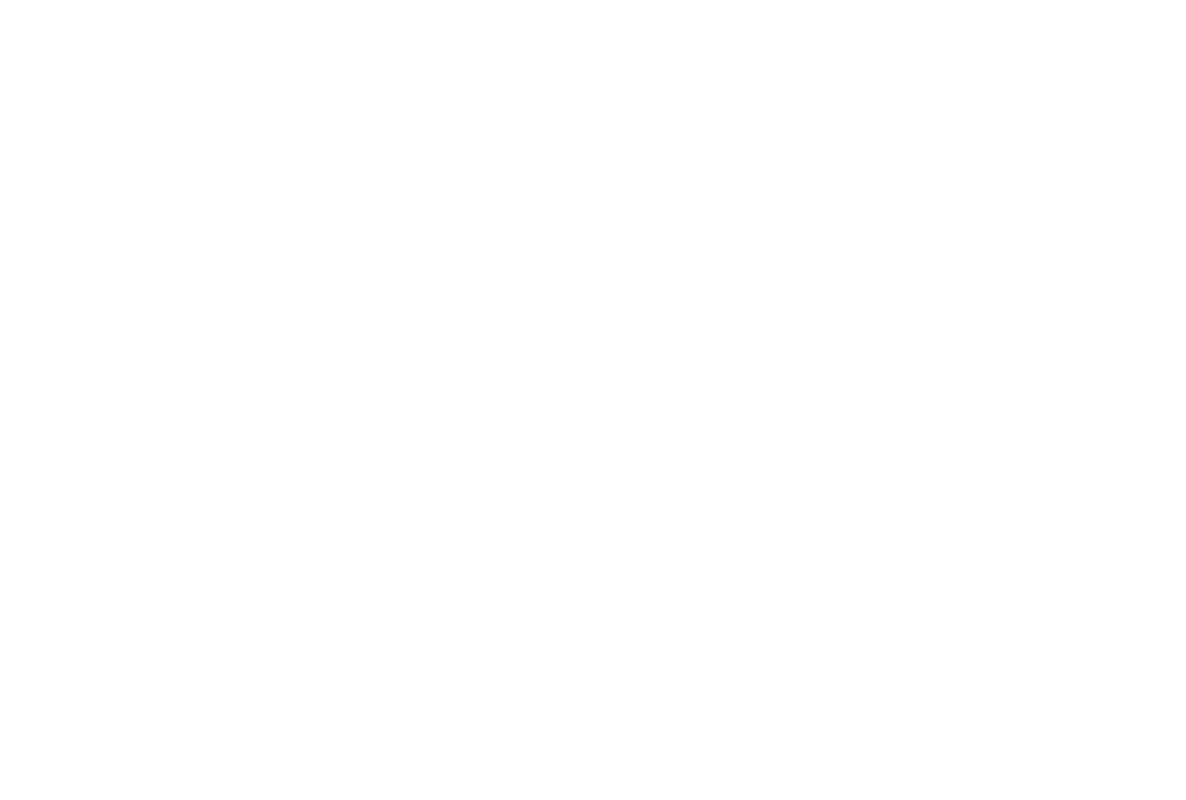 My Grandmother called it “a communist sport.” My Dad was happy when we gave up the game: “Nothing ever happens on the field; it’s boring,” he lamented. Little does he know — that’s what makes soccer great, the climax of a singular goal. I know this well; I grew up playing soccer as part of America’s self-proclaimed first wave of youth soccer players. We got to see the World Cup come to the states in ’94.

Soccer permeated our lives. You could play for your school, the city, the Kiwanis Club, indoor at the German Club, through the YMCA, soccer camp, the travel team, premier, or the home school team. It was cool to play soccer. I went to the mall and got a necklace with a soccer ball on it. I wished for red hair like Alexi Lalas and my sister wore a ponytail like Mia Hamm. I wished for foot skills too and I got some at a class in an old square dance barn at the local fairgrounds. Like I said, soccer was everywhere.

Will there be another soccer? Another that can rival the big three of football, basketball, and baseball? There are a few sports keeping their fingers crossed hoping that there will be. They have lengthy strategic growth plans that talk youth and coach development. They are looking for increased media exposure. They aim to diversify participation and revenue streams.

In the face of overall declines in team sports participation, these few shining stars have participation numbers that keep rising every year. Many speculate that bad press for football is the culprit. Or maybe it’s the pressure to succeed and specialize in one sport. Maybe a loss of playing for the love of the game. Or maybe these young sports level the playing field a little more. Could these sports just be getting some things right that the older established sports haven’t? Whatever it is, it’s well under way.

US Lacrosse — the USA Ultimate of lacrosse — boasts over 400,000 members. Like soccer when I was a kid, you can find lacrosse everywhere. City fields are overrun by young lacrosse players come spring…sorry ultimate. When one strolls into Dick’s Sporting Goods, the lacrosse section is overflowing with clothes, balls, sticks and gear. Sporting goods stores used to make me want to go camping, now I really just want to play lacrosse.

Lacrosse’s origins are found among North American Indians. Enter European settlers and missionaries into Montreal in the 1600’s. A little time and interaction and boom: lacrosse is Canada’s national game come the 1800’s. It was spread mostly by travelling teams of both native and non native descendants. The game spread to clubs and future elite universities in the late 1800’s and got its US intercollegiate start in 1877. The armed forces picked up the game as did the olympics in the early 1900’s.

In 1959, the Lacrosse Hall of Fame Foundation was formed and part of its mission was to develop the game throughout the US. That’s just what it did and two wars and some years later, ripe for growth, collegiate and club lacrosse exploded. The NCAA held its first year of championship tournament play in 1971. In the mid to late 70’s the game spread to smaller colleges as did play at the high school level.

The scene at Dick’s is part of why the game exploded post 1970. For the first time ever, the equipment was being produced on a larger scale, so it was more accessible and cheaper.

At first, it was a sport confined to prep schools surrounding elite colleges…a yuppie sport. It had an early participation base not too far from ultimate’s. They were players who had a top notch education and limitless job prospects. They played for the sake of playing. This attitude really planted the seed for lacrosse to grow.
Players grew up playing and then taught their game to their kids. This resulted in parent knowledge and volunteer support of the game. The grassroots promotion, camps, and young players coming of age to coach all helped the game have a strong suburban high school presence with strong male and female programs.

Box lacrosse, field lacrosse’s indoor little sibling, is on the map as well. It’s supplying the higher level field game with quick thinking players who have a talent for scoring. Coaches encourage players to play box lacrosse to expand their skills as well as their overall tactical play. This is what futsal (wall-free, 5-a-side indoor soccer) has done for the field game of soccer as well. Two birds with one ball: The games are supplied with skilled players and the modified game brings fans to the mainstream game.

Intercrosse (or, “Sofcrosse”), lacrosse’s non-contact modification, has helped bring the game to the people as well. With its own rules and equipment, it’s a great PE class option and also a sport of its own with national and international federations. It helps make lacrosse less obscure and more accessible to the general public.
What really sets lacrosse apart from other younger alternatives is its presence as a college sport with NCAA sponsorship, recruiting and all. The chances of receiving a lacrosse scholarship are small but they are there lending legitimacy. This may help drive participation from high school through college. As Lacrosse’s gatekeepers age, professionalism becomes a reality, with sponsorships, ticket sales, and air time right behind it.

Rugby has had its ups and downs. Rugby type games go back long ago and far and wide. At the first Universities in the US in the 19th Century, games like it were played chaotically…leading to a ban on the rugby-esque games. Come 1869, American Football showed up in intercollegiate play and stole the show. Despite American Football and much scrumming about how, where, and who plays Rugby, the game has still managed to spread from what is today the United Kingdom and Ireland to over 100 countries.

Rugby Sevens is a more, dare I say watchable, version of Rugby Union. The modification started in 1883 as a fundraiser. The Sevens style was often a way for teams to wind down after a more serious 15 a side tournament. People watched. The sevens version became the international ambassador for rugby. It’s easier to teach and easier to field a team. There is more scoring and the games are shorter. The undeniable success of international sevens tournaments from Hong Kong to Dubai helped lead to the creation of the Rugby Sevens World Cup in 1993.

The HSBC Sevens World Series (bye bye amateurism, hello corporate sponsorship) started in 1999 and has brought Rugby into American pop culture and onto TV screens. The U.S. team has found success beyond that of their 15 member teams. The U.S. hosts a leg of the tournament in Las Vegas this year. In huge rugby news, Rugby Sevens will find itself back in the 2016 Olympics in Rio de Janeiro. Rugby Sevens will now take center stage whether you like it or not.

Currently, USA Rugby reports over 115,000 members. There is a watching audience too, both on the screen, and, maybe more tellingly, at stadiums with over 17,000 in attendance to watch the US team play. At the college level, club programs are many and strong. The NCAA currently classifies women’s rugby as an emerging sport, meaning intercollegiate varsity recognition by the NCAA. There’s no shyness about promoting the fact that it can help schools comply with gender equity requirements at a low cost. This is something Ultimate may also someday benefit from.

What’s really putting rugby on the map is a strong and diverse youth presence. “Rookie Rugby” reports over 750,000 participants in the US. It’s a lot like flag football except there’s fewer stops and fewer rules. More ball touches for more players…basically, its a great game for kids. They’ve modified a very challenging game, and they’re taking it everywhere. Kids begin to understand and love the game at an early age and, ideally, they stick with it as higher level players or as informed fans.

USA Rugby is not alone in its quest either, and that is a good thing. Multiple strategies from multiple sources could mean a diverse U.S. culture that embraces rugby in the nearer future. Play Rugby USA is taking the game to the city, something lacrosse and ultimate can only strategize about. They’re teaching the game and hosting tournaments in urban hubs like New York, San Francisco, and Los Angeles. They aim to “develop youth through rugby.” Did you hear that sports world? I think it has a nice ring to it. A sports program aimed at developing character.

Though the numbers are humble, they are there. Ultimate is still growing. USA Ultimate reports over 47,000 members in 2013. At many ages and many levels ultimate has a presence like that of its alternative team sport peers. There’s a lot headed in the right direction.

This is the generation that could find lifelong ultimate. That is what ultimate can uniquely claim among the current alternative sports world: lifelong participation. As the first children of ultimate age, they’re sticking around for 40+ play that culminates with a Grandmasters Division Championship. A competitive and intense team sport that won’t destroy your body or mind? I like that too.

Aside from the fact that sport growth looks similar regardless of the implement being thrown, kicked, or caught, this historical and statistical journey has lead to some conclusions on behalf of ultimate.

Like lacrosse has modeled, ultimate needs informed parents at all levels. It was actually a relief to have a parent yell, “What the heck just happened?!” from the stands at a game I was coaching. That parent left the game understanding what a pick was. Ultimate would benefit from something uniform to distribute to parents so that they understand the game as well as the possibilities ultimate holds for their children.

Like rugby has modeled, ultimate would really benefit from finding its way into the city to partner with youth sports providers who access diverse cultural and socio-economic populations. The YMCA and inner-city recreation departments could be a great platform for ultimate growth. A self-officiated game guided by “The Spirit of the Game” is a character building summer camp theme if I’ve ever heard one.

Lacrosse and rugby also have some serious youth modifications. These include modified rules, field sizes, and equipment. Ultimate could follow suit and maybe even push a disc for kids that flies straight and doesn’t hurt when it hits your finger bones. Right now, there is the J*Star, a smaller disc that is essentially a mini-Ultrastar, weighing 30 grams less. But it’s hard to find in stores and get it into the hands of young players.

These alternative team sports seem to be at a tipping point. A great deal of groundwork has been laid and the societal climate seems just right for some serious shifts in participation and viewing trends. We know Ultimate has something special to offer (of course we’re biased…just a little). Let’s recognize that there is lots to learn from the other alternative sports as we continue to grow in the coming years.

Comments on "What Can Ultimate Learn From The Growth Of Other Alternative Sports?"