Lessons From The First Half Of The College Season, Powered by Agility from Five Ultimate

Cody Johnston examines whether UNCW still deserves its bad rep, how UMass' zone allowed them to defeat UNC, and more.

With Stanford Invite, Warmup, Queen City, and other marquee tournaments behind us, there are plenty of storylines to watch for in the 2014 college season.

Looking deeper into the video is one of the best ways to try and understand surprising results, whether it is a team starting hotter than expected (like UMass) or an established team with some early season struggles (like Tufts Ewo).  And video is also a great source for finding objective answers to particularly emotional questions, like whether a notoriously spirited college dynasty is actually as bad as their reputation suggests.

Of course it’s dangerous to read too much into early season tea leaves, and many college teams are still developing late into the spring.  But here are four lessons I’ve taken from the early season video.

Massachusetts currently sits at #7 in the Ultiworld Power Rankings after a finals appearance at Queen City Tuneup. Tiina Booth’s presence as coach has already made a huge impact and Jeff Babbitt, Conor Kline, and Jeff Dreyfus are at the center of her defensive system.

Despite a successful cross-field swing and multiple crashes from Jon Nethercutt and Ben Snell, the UNC offense stalls out in the corner and puts up a questionable hammer. Notice how active the three person wall is. Players drift off to cover off-side handlers, as well as aggressively pursuing crashes around the disc.

Booth’s zone applies pressure through an active mark, and the loose three person wall can recover to cut off any upfield continuations. The combination of a rising throw count and only small gains in yards often create a sense of impatience and frustration among handlers, leading to forced upfield throws in an attempt to be more aggressive.

UMass thrives on these floaty throws and with Babbitt and Dreyfus lurking on the wings or deep, the 1-3-3 produces plenty of block opportunities.

Babbitt’s explosiveness also allows him to pinch in aggressively; he can make up ground with lightning quickness:

Darkside forced multiple hammers, blades and scoobers throughout the game and UMass took advantage. Though Nethercutt and Snell converted on some of these riskier attempts, UMass won the percentage battle and capitalized on several key short field turns.

“They tried at times to be cute or complicated when they didn’t have to be,” said UNC Coach Mike DeNardis after the loss.

UMass relied heavily on their 1-3-3 zone throughout the tournament, but they ran into problems in the finals against the throwers of UNC-Wilmington.

Maxstadt and Hancock consistently put the right amount of edge on their around flicks, delivering them quickly before Babbitt or Dreyfus could react. The Seamen simply avoided the first wall of defenders by spacing four receivers behind it and forcing the wings to chose who to cover.

Notice how every UNCW receiver with the disc throws at least one meaningful fake upfield before turning for the dump. Regardless of whether these fakes are to players or to space, they move defenders and open up new pockets of space to be filled.

UMass’ 1-3-3 zone allows its top players to remain on the field while not expending too much energy, but in the seventh game of the tournament, fatigue became a factor.

Both the D line and the O line in transition defense favored the 1-3-3 in the windy conditions of QCTU. Heading to Centex next weekend will be an even bigger challenge for Massachusetts and a chance to see if they can create blocks against elite throwers in better conditions.

University of Pittsburgh’s top talent has the opportunity to shape space and flow on offense in ways that few college teams can match. Max Thorne, Pat Earles, Trent Dillon and the late addition of Marcus Ranii-Dropcho present defenses with one of the scariest matchups this spring.

Nick Kaczmarek is one of the most thorough coaches in Ultimate and, like most top programs, Pitt’s set plays, progressions, and cutter routes change over the course of the season.

By looking at footage from Classic City Classic and Florida Warmup, we can see how one of En Sabah Nur’s go-to set plays has evolved so far this year.

Pitt’s offense loves to isolate matchups by starting in a horizontal stack and cycling into a side stack: 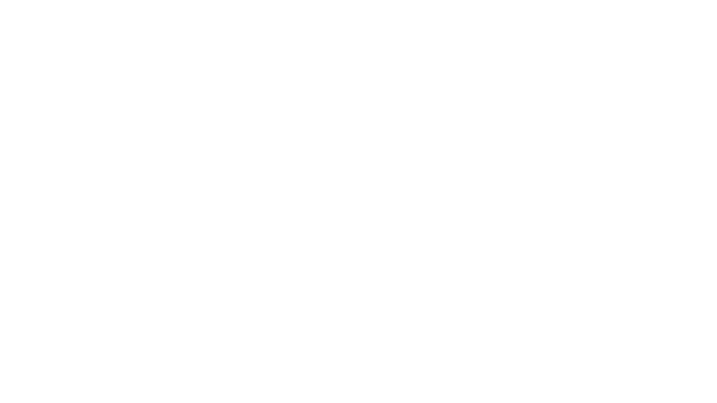 Thorne starts shallow on the near-side wing and Dillon, Towle and Bender slash across the field as the disc is centered, leaving Thorne isolated in space:

Notice Earles’ footwork just before Thorne receives the pass. Earles anticipates the catch, takes a jab step backfield to create separation, and explodes upilne for the dish and power position.

At CCCs, this horizontal to side stack cycle isolated Thorne and put Earles in a position to use his throws. At Florida Warmup, Pitt used a similar set, but this time to incorporate Earles as a downfield threat.

Here’s the same set play against FSU with a new wrinkle:

The initial cycling motion is the same, but this time Earles pushes upfield along the sideline well before Ranii-Dropcho receives the disc. Earles is in an incredibly dangerous position after Dropcho turns upfield: 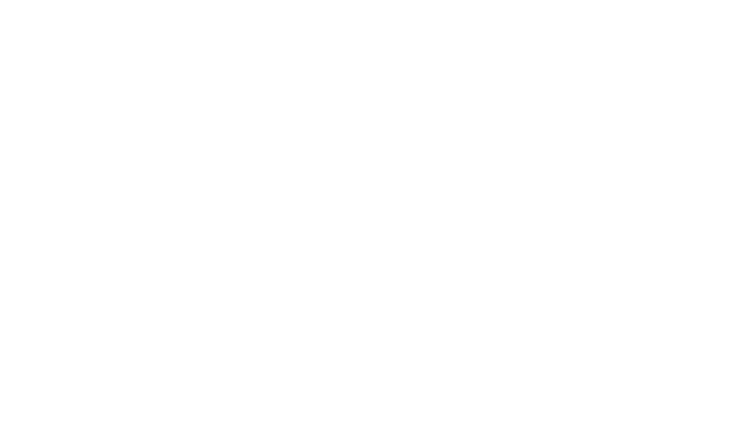 For a defender expecting to cover Earles in the backfield, this quick transition from handler to cutter is difficult to defend. Ranii-Dropcho’s versatility as a thrower gives Earles the option to bust deep for a flat inside-out huck or an outside shoulder blade, slash underneath for a break throw, or simply clear space for the next cutter in the side stack.

In this clip, FSU’s Chris LaRocque sticks tight on Earles and Ranii-Dropcho finds a different option, but expect Coach Kaczmarek to incorporate these quick transitions and deep shot angles more and more as we get deeper into the spring.  Pitt already showed signs of an even extra variation — one that counters help deep on the initial cut — early in their final against Oregon at the Stanford Invite:

Pitt also showed substantial variation and minor twists when running what appears to be a normal looking side stack.  Look closer, however, and small changes (such as whether Thorne starts in the stack or in open space) and what the defense tries to take away can make a big difference in how the play develops; it’s as though coach Kaczmarek has them prepared for many possibilities, and doesn’t want to throw the same play too many times.

Tufts Ewo is a staple in the New England region, making four consecutive trips to Nationals with a 9th place finish in 2014, 5th in 2013, and 3rd in 2012. Ewo’s offense is anchored by strong throwers in Qxhna Titcomb, Jojo Emerson, and Laura Fradin — a run to the semifinals at QCTU is an early indicator of their strength.

At QCTU, Ewo’s 3 person cup and their handler poaching caused havoc in the windy conditions. But these two defensive looks always concede an uncontested throw and by consistently practicing against them, Tufts offense has developed a bad habit in their thrower’s progressions:

Notice the space on the breakside as Ewo initiates their endzone offense. Especially during the first half of the stall count, Fradin does not pivot, fake or look to attack the mark. Ewo converts here, but this clip illustrates a pattern of passive pivoting that occurred throughout the entire game.

By practicing so much against defenses that concede a free throw, Tufts struggles to actively pivot against more aggressive marks. Especially on the trap sideline, Ewo looked uncomfortable running their dump sets and resorted to playing field position over swinging the disc.

As the season progresses and coaches watch more film, it’ll be interesting to see if marks start to shade more straight up on Tufts to take away the inside flick, and how Ewo reacts to having their preferred style of offense taken away.

In the last few years, any discussion about UNC-W has been centered squarely on their conduct. Alan Gruntz decking Isaac Saul at 2013 College Nationals led to an explosion of outraged comments, an interview with Coach Greg Vassar, and an article by Brian Casey calling to stop the stigma. The Seamen are finally getting the recognition they deserve as a top quality team, but there’s still a lingering perception of foul play and poor spirit.

Here’s a comment from the Queen City Tune Up Finals Recap:

“For all the talk by UNCW and coach Vassar about how they were working on being a better spirited team, UNCW repeatedly showed terrible spirit this weekend (again). And what’s worse is that it didn’t seem particularly clear that Vassar made any point to say anything to the players that were consistently doing it, so it’s hard to take what he said in his interview with Ultiworld on this topic in 2013 seriously.”

The Seamen make themselves known with their physical defense and competitive culture, but are they really as over the top as so many people suggest or does their reputation precede them?

Two plays from the QCTU Finals stick out:

The first instance is a clear foul by Charlie Lian, stepping into Dreyfus’ path with a lowered shoulder. In the second play, Xavier Maxstadt drops off his man and bumps Babbitt off his line by playing the man, rather than the disc. Interestingly, UMass chose to play through contact in both these points and no fouls were called.

Are either of these instances out-of-line with what’s happening around the men’s college division?

A dropkick, a lowered shoulder and a blindside bid are just a few examples of physicality in so far this spring.

UNC-Wilmington plays a fiery, physical brand of ultimate, but with the departure of Alan Gruntz — far and away the main offender — now two years in the past, it’s time to stop using labels that no longer apply.

**Note: Martin Aguilera and Sean Childers contributed to the piece**

Comments on "Lessons From The First Half Of The College Season, Powered by Agility from Five Ultimate"