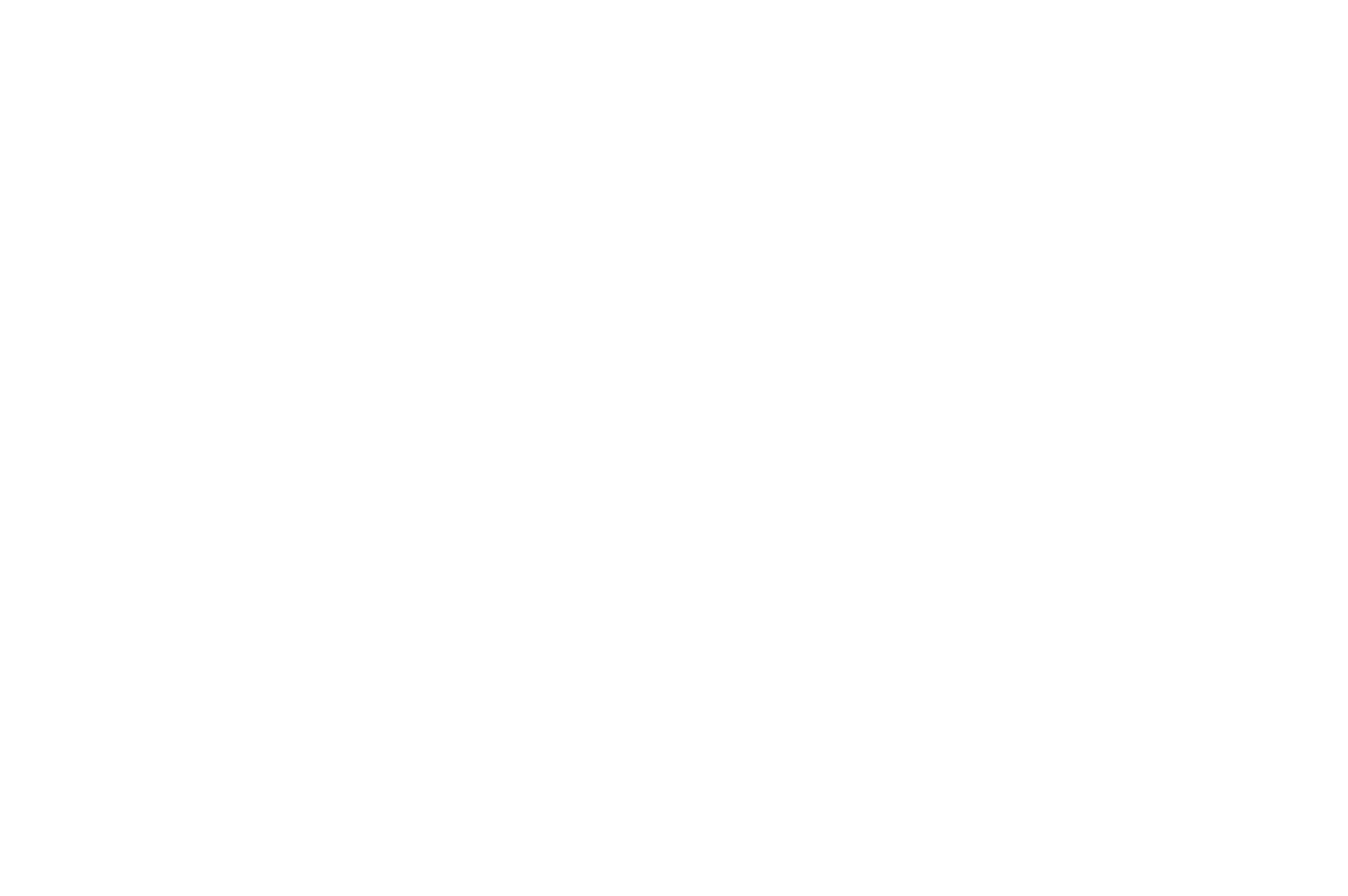 If you were to rifle through almost any of my teammate’s bags–or even mine, for that matter–there’s a good chance you’d find performance-enhancing drugs. I promise we’re not cheating, though: every other team uses (and, often, relies on) the same drug: caffeine.

Believe it or not, there’s little scientific question that caffeine is an effective performance-enhancing drug. The first study to investigate the relationship between caffeine and exercise performance, published in 1978, reported that caffeine reduced cyclists’ rating of perceived exertion by increasing fat oxidation; theoretically, those fatty acids were mobilized to be used by muscles early on, sparing glycogen for later use when your muscles are really exhausted.1

Since then, several other theories have been proposed to explain caffeine’s ergogenic capacity: caffeine stimulates the central nervous system, thereby enhancing mental alertness and reaction times (key in a sport that relies on mental acuity to make both offensive and defensive plays).2 It also increases calcium release and inhibits calcium re-uptake, two actions that play a role in muscle contraction. These effects result in increased muscle contraction force, allowing you to play longer and harder.3

Initially, these studies focused on high amounts of caffeine (10-13 mg/kg body weight–for a 170 pound man, that’s about 5-8 cups of coffee) in endurance events4, but more recent studies have focused on low to moderate doses (≤3 mg/kg body weight, or 1-2 cups of coffee for a 170 pound man) in sustained high-intensity sports (like swimming and rowing) and stop-and-go sports. Researchers confirm that these lower doses can and do enhance performance. Here’s what else you should know about caffeine and athletic performance.

There are over 60 sources of naturally occurring caffeine in nature, from coffee and cocoa beans to tea leaves and kola nuts. Because these plants and the foods and drinks they’re turned into contain many other micronutrients, antioxidants, and compounds in addition to caffeine, their effects on the body can vary widely. Tea, for example, contains higher amounts of theobromine and theophylline, which also stimulate the central nervous system. But it also contains L-theanine, an amino acid that increases the generation of alpha waves, which are associated with a more relaxed–but still alert–state of consciousness. The added sugar in a can of coke–about 10 teaspoons–leads to a huge sugar spike immediately but often leaves you feeling even more lethargic (and in need of another caffeine boost) hours later.

The Takeaway: If you’re used to caffeinating with one type of caffeine before games and suddenly switch to another, be aware that it might not affect you in the same way. As with other tenets of sports nutrition, experiment with different forms of caffeine during practices and workouts and find out which type works best for you.

If two cups of caffeine can improve your performance, what can four cups do? It might make you incrementally faster, but it’s likely that it will also make you jittery, shaky, and anxious, which might not translate into success on the ultimate field. Too much caffeine might also hinder your decision making: one study found that while 200 mg of caffeine improved the accuracy and speed of problem solving, doubling the dose to 400 mg impaired problem solving abilities. After 600 mg of caffeine, cognitive performance is said to decline rapidly. Experts seem to agree that the optimal range for exercise performance is 3-6 mg per kg of body weight. For that 170-lb man, that’s between 1.5 and 3 cups of coffee.

It’s also important to note that habitual coffee or tea drinkers can build a tolerance to caffeine, which means that if you regularly consume caffeine throughout the day, you may not feel the effects of one dose of caffeine on game day. If you’re a regular consumer, try cutting out caffeine three or four days before a tournament and then reintroducing it Saturday morning.

The Takeaway: The difference between “alert and focused” and “jittery and anxious” might be small; again, find your optimal range during practices and workouts. If you’re really looking to improve performance from caffeine, you may want to consider saving it for when you really need it — which means decreasing your weekly caffeine intake.

It Doesn’t Affect Everyone The Same Way

Some people can drink coffee all day without feeling any negative side effects; others have to take their last sip of a caffeinated beverage before 3PM or they risk staying up all night. In general, women metabolize caffeine twice as fast as men, as do smokers compared to nonsmokers (a faster caffeine metabolism means that you’ll process caffeine faster, abating its effects more quickly).

Genetics play a pretty big role as well: an enzyme called CYP1A2 is responsible for metabolizing caffeine, and multiple studies have shown a high inter-individual variation in its expression.5 Your nervous system could also account for some variation, as caffeine’s effects partly depend on the percentage of receptors that bind to caffeine.

Finally, environmental factors may cause differences: certain foods can affect the speed of metabolism (alcohol slows metabolism, while cruciferous vegetables and grilled meats speed it up). Some studies have shown that a combination of glucose and caffeine synergistically increases caffeine’s beneficial effects, so pairing coffee with healthy carbohydrates at breakfast before a tournament is a great idea. In addition, compounds in grapefruit juice inhibit caffeine metabolism (as well as a number of other drugs), so if you take your coffee with grapefruit juice, you may also feel heightened effects. High altitude also speeds up the metabolism of caffeine.

Caffeine can cross the blood brain barrier as soon as 15 minutes following ingestion, increasing alertness and wakefulness almost immediately (in fact, just smelling roasted beans or the aroma of a steaming pot can increase brain activity). Peak caffeine levels usually occur around 45-60 minutes, when lipid oxidation is also increased. From there, you–an average, non-smoking adult–will probably feel the effects for another three to four hours, although this can be highly variable as well.

The Takeaway: By now, you should know whether you’re more sensitive or more tolerant to caffeine. If you don’t, look to your parents, as caffeine sensitivity is hereditary. Aim to get your caffeine 45-60 minutes before the first pull, although you can play around with this timeline at practice.

While caffeine improves the immediate physical aspects of performance, it may have longer-term impacts that, ultimately, could lead to a net decrease in performance. The consumption of caffeine might interfere with sleep duration and quality, which has further implications when you consider that many important tournaments last three, or even four, days. Ingesting caffeine before a night game might improve performance, but it also might hinder your sleep, making you more tired and groggy for your morning game. In addition, no studies have looked at how taking caffeine multiple times a day affects performance–for example, once before quarters, semis, and finals. If you’re sensitive to the effects of caffeine, this begs the question: should you ingest caffeine before each and every game, or save the jolt for, hopefully, your appearance in finals?

With respect to other potential side effects, some studies have shown that caffeine intake may affect hydration status and carbohydrate metabolism. However, these studies have found either inconsistent or statistically insignificant results on performance.

Besides being the [greatest thing known to humans] most convenient and accessible means to caffeination, coffee (in moderation and without excess added or artificial sugars) is actually healthy. According to the new 2015 Dietary Guidelines, there is strong evidence to suggest that coffee has a protective effect against chronic disease among healthy adults. And while correlation doesn’t imply causation, there are plausible biological mechanisms to suggest that compounds in coffee may help protect brain cells against damage that could lead to neurocognitive disorders and liver disease.

Green tea is rich in EGCG, a polyphenol that has been investigated for its protective effects against diseases. And while coffee has laxative effects, green tea does not–making it a safer option if tournament bathrooms are farther away. Because it contains less caffeine per serving, you can get away with drinking a few cups throughout the day or in the morning.

Caffeine pills are cheap–compared to your $3 latte, one pill will cost you about $0.16. Many doctors advise against caffeine pills because they’re easy to overconsume, but as long as you’re healthy and don’t have any pre-existing conditions, they’re a quick and easy way to perk up fast.

Use At Your Own Risk

I’ll never be able to recommend sugar-sweetened beverages-—there are so many healthier ways to get caffeine and carbohydrates (even if you’re the type who has difficulty digesting foods during exercise). Some energy drinks have more than 60 grams of sugar per can (more than one-fourth cup of sugar). There’s also no evidence that indicates that other ingredients in Red Bull or other energy drinks — like guarana, taurine, ginseng, carnitine, or gingko biloba — enhance performance.

Coca-Cola might sponsor the Olympics, but there’s no excuse for a serious athlete to drink soda. Apart from being all sugar-—no beneficial carbs, protein, vitamins, or minerals—-it only has 34 mg of caffeine, which won’t do much in the way of optimizing athletic performance. In addition, soda contains phosphoric acid, which interferes with calcium absorption, which may lead to an increased risk of bone fractures: in one study, researchers reported that adolescent girls who regularly drank soda experienced three times as many bone fractures as those who abstained.