The Gentlemen’s Open Letter To The North Central

The gentlemen are back. 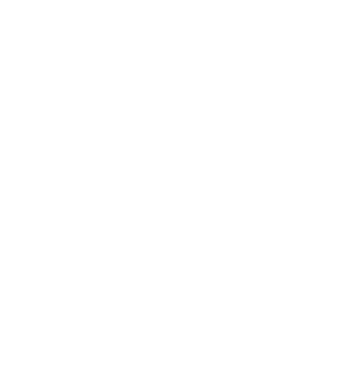 Editor’s Note: This open letter was submitted by the Gentlemen.

To the North Central region,

The Gentlemen are bored.

Too bored, in fact, to care for the outcome of this weekend’s North Central regional clash. Why are we so jaded? Our vast wealth is not the cause; when you’re Sheikh­rich there is always some new hobby to sink your time and energy into. [See: the 2022 Qatar World Cup, cornering the French truffle market, racing on sharkback.]

Could our fatigue be attributed to the dreadful political climate? We think not. When your fellow jagillionaires are holding auditions for their super PAC, it just makes you want to get in the game1.

All in all, we’re feeling pretty good about things, with one giant exception: the annual disappointment that is the North Central regional tournament. This year’s iteration is even more unfortunate, as it takes place in the Michelin­ star-less hellscape that is Oshkosh B’Gosh, Wisconsin.

As you all know, over the years we’ve invested millions into accurately predicting the tournament’s outcome. We’ve resorted to voodoo magic and scientology. A couple years ago we even leased a Google server farm to run a Monte Carlo prediction model using data culled from @ulti_world and @skydmagazine tweets. Our efforts did not go entirely to waste: we knew about Josh Klane’s bad back years before he starred for the Hurpkins DURP. But the question remains:  why would we put so much of our hard-­earned inheritance into this?

Our plan was to establish ourselves as the Gold Standard for North Central predictions. Piece of cake. Then, once our highly­ attuned prediction techniques revealed a sure­fire upset, we’d publish our guide with the usual bid­winners, but bet the house on our dark horse. The profits would be bigger than the waves on that water planet in Interstellar.

Gambling? On college ultimate, you ask? If you know the right people, you’d be surprised the kind of bets you can place in Vegas. [See: racing on sharkback] With the AUDL, MLU, and whatever USAU Sorcerer Tom Crawdaddy has done to the Club division, change is the new normal in the ultimate world. Change was bound to come to the North Central region as well ­and it was going to be our golden goose.

The Gentlemen are bored. Ultimate fans everywhere are bored. This letter is a wake up call to the athletes of the North Central region: you can fix this! I.O.W.A., we may not understand what the hell your acronym means, but dammit we know that you can win on any given Sunday.

Duluth! Your ancestors are the giant lumberjacks who once walked the north country and mated with bears, it’s time you play like it!

Thanks to our good pal Scotty Walker, UW­-Millwallkie is finally a “Right-to-­Play” team, which will certainly boost their level of play during the knockout stages. Show those union boys how its done!

Can the adorably angry Reeses Hornness lead the Earl Grey Ducklings to a championship? Can a turkey die of flu in Minnesota?

Comments on "The Gentlemen’s Open Letter To The North Central"