Should GOAT have been in the 2014 National Championship game?

Coming off their huge upset over Revolver in the quarterfinals (the actual game of the year — of which there is no video), GOAT took on the other tournament favorite, Johnny Bravo, in the semifinals at Nationals. That game hasn’t been discussed or viewed as much as it probably should be. It was a tight, double game point game, where both teams played great, but with just enough mistakes to keep things interesting.

Tad Wissel’s recap at the time pointed to Jimmy Mickle’s four assists and Kurt Gibson’s seven goals as decisive factors in Denver’s narrow, 14-13 victory. The instant reaction was that GOAT successfully delivered defensive pressure, but Bravo had both “swagger” and an ability to “stay cool” in the face of challenge. Bravo’s Stanley Peterson was the defensive storyline: Mark Lloyd1 didn’t play his best game and Peterson won the aerial battle.

Rewatching the film tells a slightly different story: This was Bravo at their most vulnerable2. It was a game GOAT could have — and probably should have — won. Both Toronto’s offensive and defensive units played well enough to give themselves the chances they needed to have a shot.

But a few minor issues for GOAT added up:

GOAT’s Deep Game Struggled When They Needed It Most

GOAT’s team height is about average for the elite level, but it’s really their team speed that sets up their deep game. Jeff Lindquist is undersized, but tends to get enough steps that it doesn’t matter. The defensive unit has speedy deep targets like Andy Carroll, Geoff Powell, Morgan Hibbert, and Remy Ojo, who are all particularly dangerous at deep cut distances. Mark Lloyd is the player you expect to see on an Ultiworld sky GIF, but he’s actually even more likely to simply jet deep, win with speed, and seal his defender off.

At times, GOAT utilized this principle in the semifinals.  Karl Loiseau isn’t a giant, but he’ll beat most defenders in a 50 yard footrace.  Here, he cuts from the front of the stack (and into a wealth of space) and Lloyd leads him perfectly. Not even Austin Gregerson3 is catching up.

GOAT failed to play to that strength — and really played into Bravo’s aerial athletic advantage — by lofting up so many of their deep shots. Conventional wisdom is that it’s always unwise to overthrow recievers, and you want to “give them a chance to make a play”, even if it means throwing a jumpball. But I wonder if GOAT would have served their own strengths by erring on the side of distance instead of height.

A few shots were just taken from too short of a field, and went out the back — perhaps partially caused by throwers trying to avoid jump balls and hit their receivers perfectly:

It wasn’t just on deep throws that GOAT failed to meet that hurdle; they also left some points on the board defensively. Even though GOAT is probably better known for their efficient offense, rather than stifling defense, it’s possible they were feeling fatigue from their big quarterfinals win over Revolver, which could explain a few of the lapses in defensive performance.

Part of the problem was, frankly, focus:

Above, Geoff Powell sets up his body to back Gibson; while he’s not giving up an uncontested under, he certainly doesn’t want Gibson to release “free” deep (get a deep cut without any sort of body contact).  But that’s exactly what Gibson is able to do, and, with the free release and his excellent quickness, Gibson has far too much a head start.  Ojo, as the deepest defender facing the thrower, also has a decent position from which to see the breakdown developing, but doesn’t offer any help deep.

Powell wasn’t the only guilty party; here, Justin Foord, in the middle of the initial picture, gets caught “ball-watching” and Gibson (again) burns him:

There’s nothing wrong with a team defensive scheme that has Foord play in this middle, IO-type lane near the front of the stack.  But then he would need to get help deep for the exact type of cut that Gibson makes.  There’s not nearly enough on-field communication in this clip to justify the poach.

And even Derek Alexander, one of Toronto’s most disciplined and fundamentals-minded players4 had at least one lapse — watch him get on the wrong side of Nick Lance in the endzone.  Lance quickly punished the slight mistake (look left in the video, towards the front of the endzone stack):

Chasing Down The Deep Shots

Best known for the incredible highlight catch, the play below also shows the occasional tendency that GOAT failed to chase everything down.

Let’s be clear: There’s no way Morgan Hibbert is catching up to make this initial D on Mickle’s spectacular layout catch.  But the resulting score?  As Mickle is laying out, you can see Morgan Hibbert jogging and watching; he eventually is scored on after a failed switch.  The second GOAT defender on Gibson — Powell — is doing the same, and Gibson ultimately gets the goal.5.

In some ways, the play was great defense: Hibbert smartly leaves Mickle to go help deep when Brodie steps into the huck, and Carroll arrives while covering his man Gibson.  But Jonathan Martin is jogging while Keegan is sprinting, and just two seconds later Keegan’s got the goal.  This play is a mix of the best and worst when it comes to GOAT’s defense.

GOAT’s issues weren’t only about focus and effort — and, to be clear, you certainly need to account for the elite offensive juggernaut that is Johnny Bravo.  But GOAT at times looked a bit timid:

With a defender starting that far on the breakside, there’s generally too much open space to faceguard. But that’s what Isaac Masek-Kelly, one of GOAT’s top young players, elects. The hip positioning means he’s not dictating much with his body, and he spends about 7 seconds blind to the movement of the disc, completely unaware of what may be becoming the most dangerous options because of flow.  By the time he finally gets turned around, he is beat.

It’s interesting to also watch in the clip is Scotty Nichols help defense from the weakside, and issue that’s come up a few times already.  He is defending the breakside rail in the horizontal stack scheme, generally a common help defense location.  On effort, you have to give the 5’6″ handler props — he runs down the huck and tries to help Masek-Kelly from the backside.  But, rather than setting his body up in a position where he can always see the thrower and make an early “jump” on a deep shot, he spent a lot of time super focused on his own man, and staying a bit tighter than necessary.

In most elite matchups, defensive lines often look to disrupt offensive flow and generate offensive hesitations, rather than merely looking to maximize blocks. From the start, Bravo was more willing to try different defenses and matchups. Point one, they came out in a force flick, with Hylke Snyder drawing the big matchup against Mark Lloyd. The result: a long possession, 20 throws, with a few high stall counts and some tough trapping marks, eventually resulting in a hammer goal.

For most defenses, that would be a good start. If you can wear down an opponent early with long possessions, you can convert late game chances. And on the second defensive point, you would expect something similar.

Instead Bravo comes out with a new look — forcing middle. This time, the point lasts 19 throws, but eventually Lloyd gets steps on Snyder deep. One no-contest foul later, a swing across the field, and GOAT has their goal.

On the next point out, Bravo keeps the scheme, but tries Stanley Peterson on Lloyd. Bravo spends the rest of the half switching up the Lloyd matchup: For the seven first half points that GOAT started on offense, Lloyd saw Snyder four times, and saw Peterson three. This may have played a factor in Peterson’s monster defensive second half; Peterson was fresh later, and got one aerial D on the last point of the first half before substantially slowing Lloyd in the second half.

As the game progressed, Bravo continued to change looks. They were switching on defense, helping on deep cuts, and trusting their force middle mark to help. Towards the end, Bravo even came out with a couple of zone transitions.

On the other side of the field, GOAT’s defense went the other route, seemingly having come in with a set plan, they stuck with it.

Their first defensive point was the same as Bravo’s. Come out, play hard man defense while forcing flick. The result was even the same. A good amount of throws (12), and some tight marking before a Bravo goal. For the big matchups, point one saw Andrew Carroll on Mickle, while Geoff Powell had the unenviable task of guarding Kurt Gibson.

The next defensive point saw the same thing. A flick force (shading straight up to try to help on hucks), with Powell on Gibson and Carroll on Mickle. In fact, very little changed in terms of defensive scheme. Towards the end of the first half, Morgan Hibbert switched onto Mickle, but Powell repeatedly given the Gibson matchup. 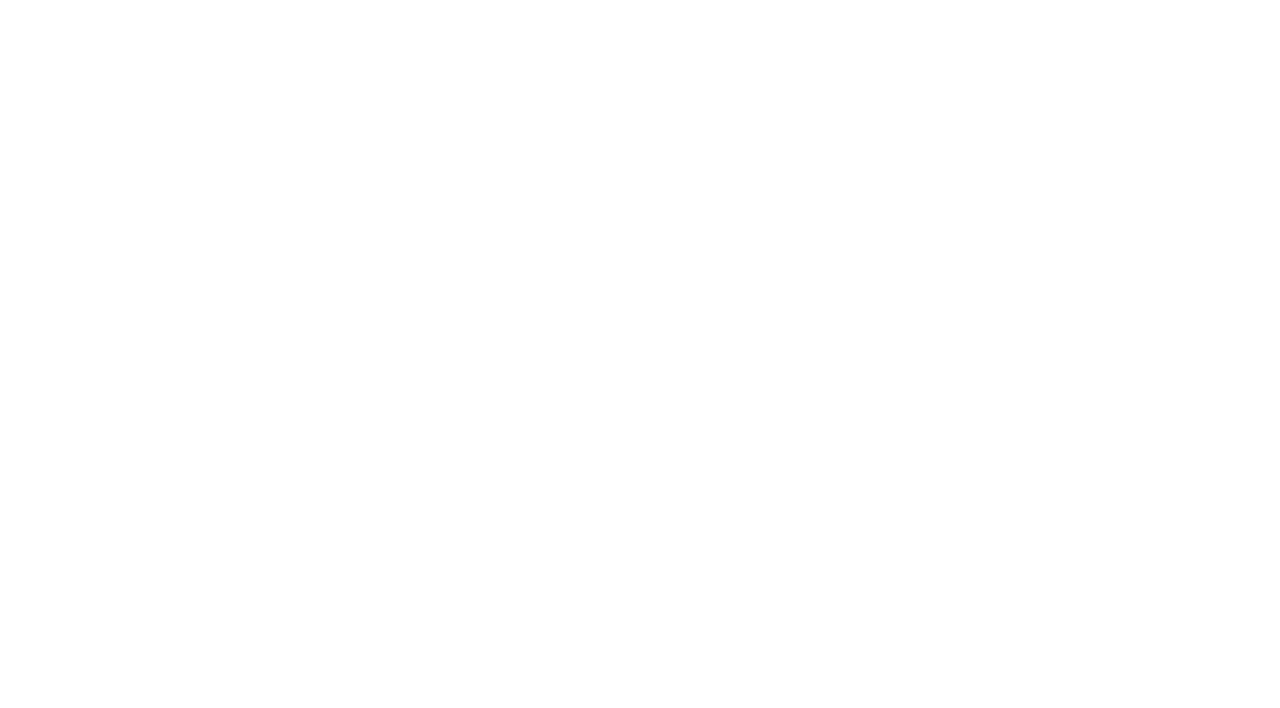 Even when beat, Powell got little help while guarding Gibson.

Not only did the scheme and personnel matchups remain the same, but the way the big matchups were played seemed to remain the same as well. Despite giving up four first half goals, and seven altogether, Powell did not get any help on Gibson. Carroll, despite getting a block on Mickle, was replaced by Hibbert.

Hibbert is a terrific deep defender, and an even better help deep defender. With Mickle eating up yards on in cuts and handler type cuts, Carroll, or a quicker defender like Carroll, may have been the better choice. And with Bravo’s stack set over 30 yards downfield at times, Hibbert should have been in position to help. Yet nobody on GOAT forced Mickle deep. Bravo threw deep to Mickle exactly two times (see below). Once, Carroll got the block in the air. The second time, Mickle made a heroic catch. Yet Mickle was constantly treated as a huge deep threat. It was not until the 21st point of the game that he made a reception deep, and at that point he had already thrown three assists. 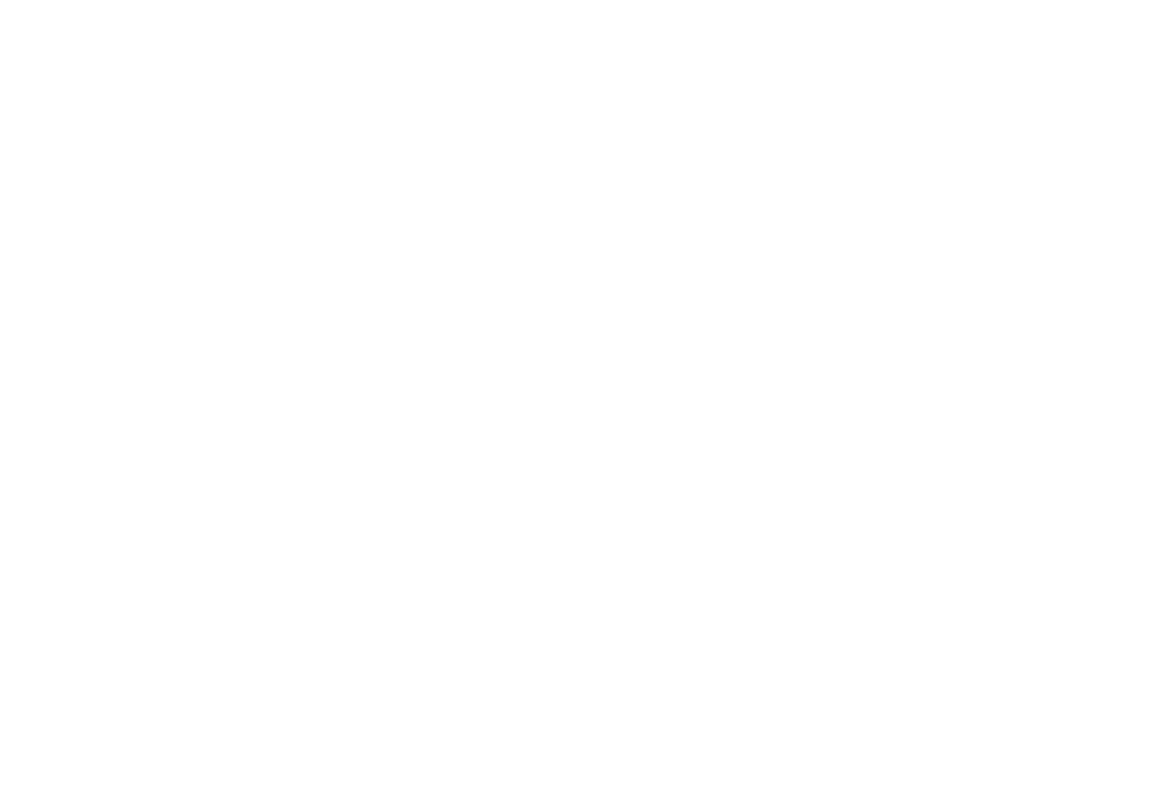 In a game decided by a single point, it is hard not to think that one different look might have forced Bravo into an additional turnover and tilted the game. The adjustments that Bravo made — forcing middle, poaching on handlers, helping deep — all contributed to GOAT requiring a lot of throws.

And when GOAT could not complete their deep passes — they were 3 for 9 in the game — their possessions became longer. By games end, their average throws per offensive goal was up to just over 18, while Bravo was able to rack up big yards and score more quickly. Bravo scored in an average of 14 throws per offensive goal, which kept them fresh and confident.

Comments on "2014 Club Game of the Year: Breaking Down GOAT v. Johnny Bravo, Powered by Agility from Five Ultimate"