Instant Analysis: How Japan Took Down USA U23, Powered by Agility from Five Ultimate

Japan's U23 Women's team pulled off the upset of the tournament, taking down the star-studded United States squad in the finals. Our instant film analysis explores what went right for Japan -- and what went wrong for the US.

The United States U23 Women’s team looked dominant throughout the 2015 World Championships right up until their rematch against Japan in the final. Especially after defeating Japan in pool play, the United States were considered the heavy favorites to take home the gold. Here are some of the reasons Japan emerged victorious from the 17-15 contest.

1. Inside Breaks and Tight Spaces

The Japan offense was dominant all game, using inside breaks to tight spaces to shatter the United States’ person defense. On some occasions Japan worked the disc almost the entire length of the field using only inside breaks.

Inside breaks were also particularly dangerous near the endzone, when a single break could put the rest of the upfield defenders out of position.

The initial inside backhand puts the US defender on the wrong side of her cutter, resulting in a score despite a big defensive effort.

It didn’t seem to matter what the force was, as Japan could hit I/O flicks just as easily as backhands.

In classic Japanese fashion, Japan used inside breaks combined with strike cuts to bail themselves out of high-stall or poor field position situations.

The Japanese ability to hit these tight windows and the break side in general meant that the United States struggled to get turnovers. Even adjustments on the distance of the mark and an attempt at force-middle marking proved ineffective against a Japanese offense that was firing on all cylinders. As Kyle Weisbrod tweeted during the game:

As we saw throughout this game, the Japanese women possessed impressive disc skills and likely still would have been able to hit some I/O throws had the US adjusted to a flatter mark. But by taking advantage of what the US marks were giving them, Japan was able to avoid playing right into the teeth of the aggressive, athletic person defense the US had demonstrated throughout the tournament.

The Look in Pool Play:

The United States took down Japan 17-13 in pool play, in part by looking to set up large openside lanes against Japan’s person defense.  That often yielded big gainers and good continuation options.

In that pool play game, Japan showed a willingness to do some endzone poaching, but overall played more physical and tight than they did in the final.  That led to more separation for USA’s resets.  Even if it wasn’t always perfect, the amount of physicality didn’t seem to phase the US team, which looked comfortable.

Struggles in the Finals:

In the finals, however, Japan employed an extensive poaching strategy to limit the impact of the US’s height and athletic advantage.

The clip shows that the United States had trouble finding options downfield once getting to the opposing brick. The Japanese handler defenders play very flat and in the lanes, content to let swings, often yardage-losing swings, go off endlessly. 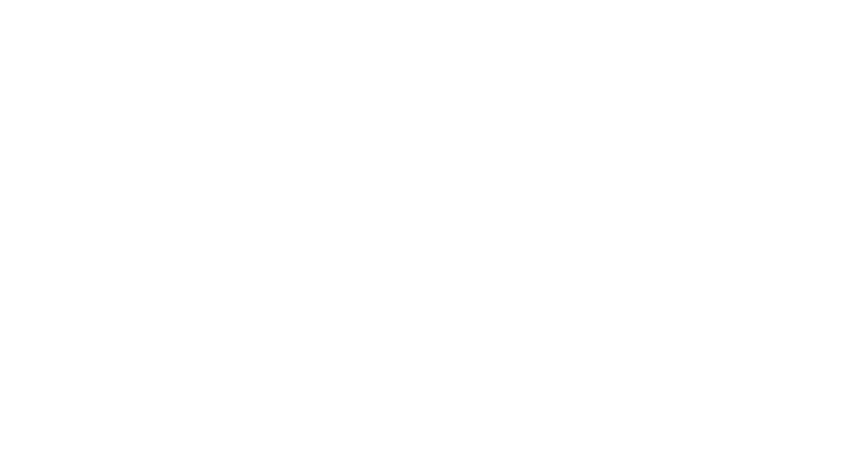 The break side handler defender in particular is extremely far away from the swing handler, making it clear that Japan wasn’t focused on stopping side-to-side movement. 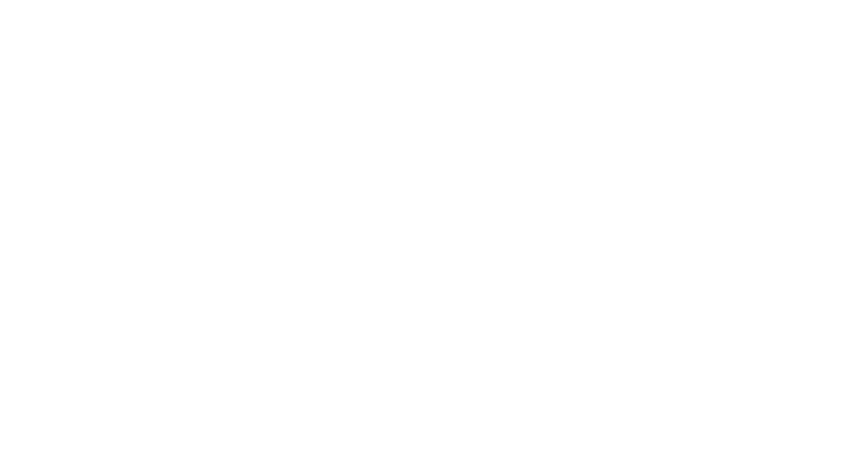 With a still, it’s easy to see that there are three defenders, all of whom are looking at the disc, in the force side space with only one US cutter.1

Japan’s willingness to switch on strike cuts made it difficult for the US to clear these poaches out of throwing lanes.

A seamless switch contains the strike cut and even keeps a small presence in the force side lane. A common strategy to beat poaches is to run strike cuts to clear out the defenders, but the Japanese switching makes that ineffective.

For their part, the United States used the width of the field inadequately. On several occasions the US failed to throw — or even set up — long, yardage-gaining swings to the break side.

There was even the opportunity for a hammer to Erynn Schroeder in the endzone before swinging the disc off the sideline, but the US did not attempt a single hammer in the entire game. As commentator and GB Open coach Jools Murray said during the game, “Too many teams get focused right on the front of that endzone line and trying to jam things in, and it’s such a great place for defenders to get a block. Whereas the minute they open that space into the back corners the Japanese are going to really struggle to shut them down.” Using upside-down throws could have provided the United States with those opportunities.

The US did gain some yardage on inside breaks through the poachers, but these rarely led to continuations. On the occasions that they did, those continuations were devastating.

Smarter, better use of the break side could have allowed the United States to circumvent the Japanese poachers.

Probably the United States’ most important advantage over Team Japan was their height, but they failed to utilize this advantage for most of the game. In the first half the United States threw only three hucks, two of which were completed for scores. They did, however, have several turnovers near their own endzone, giving Japan plenty of short-field break opportunities.

In the second half the United States attempted more hucks, but a tendency to have their cutters sit deep made those attempts more difficult and prone to turnovers.

Despite the fact that the United States were attempting more hucks, their offense was still not structured to make hucks viable.

The clip makes it clear that the deepest United States cutter was typically just standing some 30 yards away from the disc, a situation that makes it more difficult to complete deep shots. Indeed, the United States has to take a larger number of throws just to reset the stall and gives up a short-field turnover.

Containing the US deep threats must have been a priority for Japan, and their poaching defense was well designed to do it. 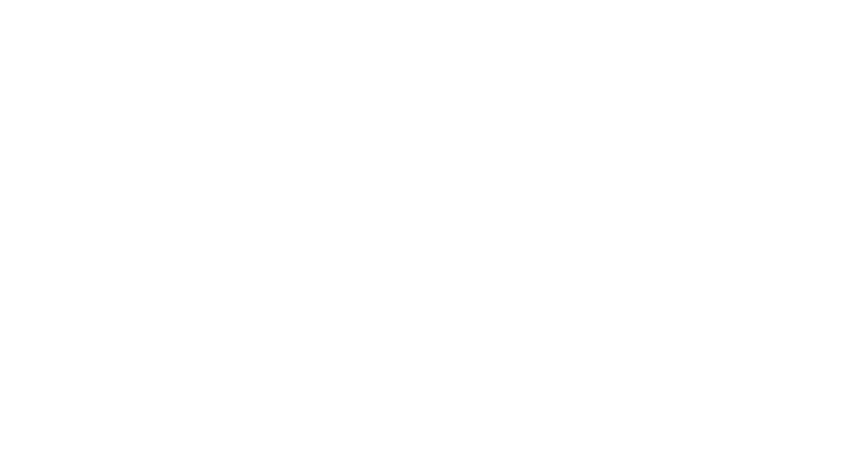 The huck-prevention starts at the handlers, with a flat mark and defenders in the flick and backhand lanes. Down field, there is a defender prepared to challenge unders and at least two defenders that look ready to help deep. Given that the player being fronted is noted deep threat Jaclyn Verzuh, it makes sense that Japan would look for opportunities to poach.

Nevertheless, the United States could have had a stronger hucking game. Even in the still above, the cutters are deep enough that hucks would be challenging. The wall of the Japanese made hucking difficult, but the United States did have a few good huck opportunities, including a pair of beautiful backhands from Jesse Shofner, that came after movement past that wall. Working to keep cutters shallower and time deep cuts off motion would have allowed the United States to leverage their height advantage.

There was not enough wind for it to have an enormous impact on the final, but both teams played a fair amount of traditional zone in addition to their poaching (Japan) and person (USA) defensive sets. Of the two teams, Japan’s zone offense proved more effective, using quick movement and strategic over-the-top throws to tire out and break past the US defenders.

Japan was perfectly content to move the disc side-to-side while looking for an opening. The US also moved the disc, but Japan moved faster, holding the disc for only a couple of stalls. Japan was also willing to take short hammer swings to switch the field; even though these did not often result in immediately breaking through the zone, they did make the defense work harder. Once an opportunity opened up, Japan took it.

In the first clip a cross-field hammer opens up an upfield throw and huck. In the second Japan exploits a slight slip up by the wing defender to quickly advance the disc up the field.

Japan’s zone offense was not perfect, and the US was able to generate turns with zone defense. Those turns tended to come after big pulls, when the offense was forced to maneuver inside or near their own endzone.

With little space to move backwards and fewer options all around, Japan holds the disc longer and eventually turns a swing at the very back of the endzone. In the second clip, Japan had been swinging the disc for nearly 2 minutes with no change in field position when they attempted a blade that Michela Meister easily knocked away.

Although the US zone offense had moments where it looked similar to that of Japan, it generally looked slower and more passive, failing to meaningfully attack.

After Alika Johnston comes into the cup, she gestures to her dump to come closer. The US had trouble losing yards without gaining anything; it’s fine to lose yards in a zone if it opens up a swing or downfield option, but that wasn’t happening for the US. In the clip above there is plenty of space for the dump to come all the way into the zone for a handler crash, which would gain yards and might allow for a throw through the cup. After this is looked off there is an opportunity for an immediate swing, but the pause by the thrower and the reset cutter represents a missed chance to keep the zone moving.

Partially as a result of these tendencies, the US threw a number of turns in their zone offense.

These tended to be short field turnovers, which are particularly devastating.

The US as a whole did not attempt any upside-down throws, which the Japanese used so effectively, and barely ever attempted open shots through the zone. The exception was again Jesse Shofner.

A nice I/O through the zone to Jaclyn Verzuh opens up another shot down field, gaining big yards. The United States tended not to take these shots, resulting in a zone offense that was stagnant relative to the fast-moving one of the Japanese.

Over the course of the tournament, the United States team was by far the most dominant. Video allows us to speculate as to some potential adjustments that the US could have made, but much of the credit belongs to Japan. Japan implemented a game plan that played to their strengths, yet was different enough from their pool play looks so as to be a bit of a surprise. That, combined with great execution, especially with their disc skills, put them in a position to take down the US powerhouse. As the wrap-up program noted, the “USA did not play a bad game, but Japan were close to perfect.”

Comments on "Instant Analysis: How Japan Took Down USA U23, Powered by Agility from Five Ultimate"