Past Articles from Alec Surmani 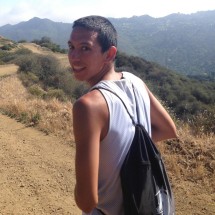 Alec Surmani and some close friends began playing ultimate in high school and started Hercules Jabberwocky. He played college ultimate with UCLA Smaug and has played with various Open and Mixed club teams in the (former) Northwest and Southwest divisions. He now plays with San Francisco Groove.