Past Articles from Bill Stewart 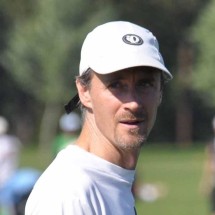 Bill Stewart has coached at Amherst College for nearly 20 years, and he has also coached Smith College and the University of Massachusetts. He began playing Ultimate in high school, when the stall was 12 and the games were timed, and he played Masters at Nationals last season with No Country, where he won a Spirit of the Game award. Bill teaches sixth grade (and sometimes Ultimate) in Leverett, Massachusetts. Two of the students he has taught to play (Josh Ziperstein and Will Neff) have won Callahan awards, and many others have gone on to lead college and club Ultimate teams. Bill has also run a mile in under 5 minutes every year since 1981, including a 4:43 mile last year at age 47.