Past Articles from Cody Johnston 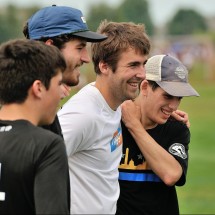 Cody Johnston is an Ultiworld reporter and analyst. He began playing in high school with YHB in Arlington, Virginia, captained William & Mary Darkhorse for two years, and competed with Truck Stop in 2013 and the DC Current in 2014. You can reach him on Twitter (@CodyJohnston27) or by email at (cmjohnston@email.wm.edu)