Past Articles from Jesse Goldstein 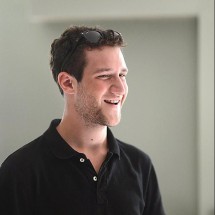 Jesse Goldstein found ultimate at Goucher College in 2008, and in spite of a deep love of basketball, has continued to play ever since. He is now a member of Baltimore’s RUNTIME. When he isn’t busy with Ultimate-related activities, he spends most of his time tending to his cat and following the New York Knicks far too closely.