Past Articles from John Korber 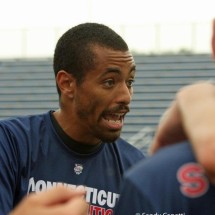 John Korber is a longtime ultimate player, coach, and administrator with experience at the youth, high school, recreational, college and club levels. In 2012, he served as General Manager and Head Coach for the AUDL’s Connecticut Constitution in its inaugural season. He also played for the team and led the league in goals scored. He graduated from Tufts University in 2005 and earned an MBA from the University of Connecticut in 2012. John currently lives in Hebron, Connecticut with his wife, two sons, and two dogs.