Past Articles from Marcelo Gonzalez 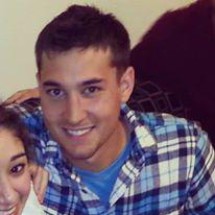 Marcelo Gonzalez is an Ultiworld contributor. He thought he was a big shot until he went to college and started playing ultimate for the University of North Texas. That sure straightened him out. Since transferring to and graduating from the University of Texas, he has played with whatever club teams would put up with him. Now, he spends his time pretending that writing freelance pieces gives him a valid excuse for watching so much sports.