Past Articles from Sean Childers 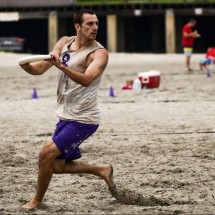 Sean Childers is Ultiworld’s Statistics Co-Editor and manages Ultiworld’s analytic content. He started playing ultimate in 2008 for UNC-Chapel Hill Darkside, where he studied Political Science and Computer Science before graduating from NYU School of Law. He has played for LOS, District 5, Empire, PoNY, and Truck Stop (current team). You can email him at stats@ultiworld.com.